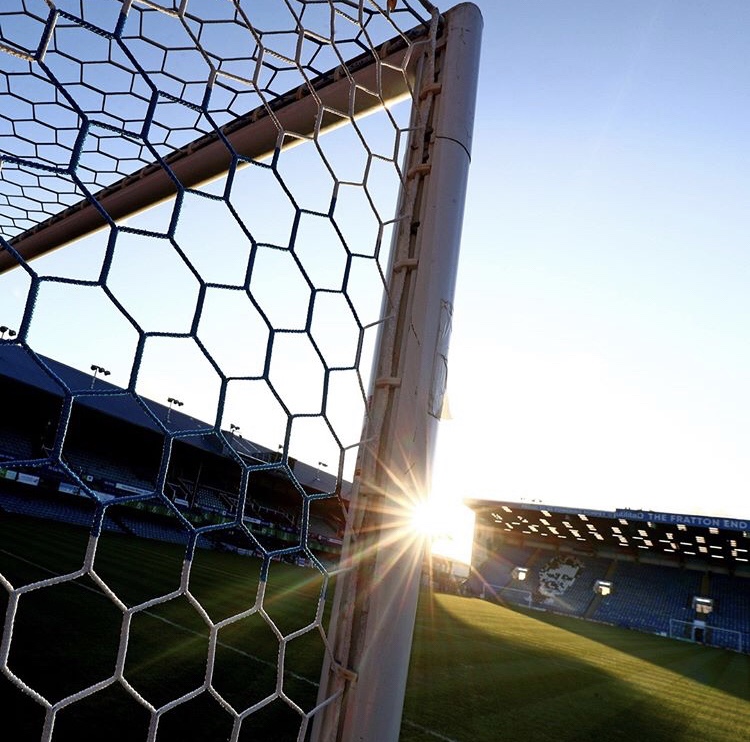 Apart from the period between 3.40 pm and 5 pm on Saturday, the mammoth expedition to about as north as north goes was a wonderful day out.

Having a drink with your mates, chatting to the locals, and the atmosphere produced by the 30,000 present were all highlights of an enervating day; between 3 pm to 3.40 pm, it looked as if Danny Cowley’s men could provide the perfect outcome for the colossal descent back down infinite stretches of inexpressive great British motorways.

For the first 30 minutes of the clash at the Stadium of Light, Pompey mustered seven shots (although none of them threatening) compared to Sunderland’s one. They had acquired 66% of the possession and had won 55% of their duels, compared to Sunderland’s measly 39%. Even from the stratosphere, it was evident that the home faithful were far from satisfied with how the ‘lads’ were performing.

Yet again, despite the seven shots in the first period, a dismal lack of creative spark and an eagerness to hand Sunderland a gift-wrapped opener saw Pompey go into the break trailing; probably unfairly.

There will be a general acceptance from Pompey fans, that if we had walked away with a 0-0 on Saturday, it wouldn’t have been a truly unjust outcome. However, what is not unjust is the Fratton faithful’s criticism of this side’s tepid response to falling behind and overall offensive performance.

The second period saw Pompey relinquish the possessional dominance, with the Black Cats having 60% of the ball and winning 53% of their duels, compared to Pompey’s 43%. This season Pompey have relied heavily on their admirable pressing game to generate any clear-cut chances.

The blue’s PPDA (passes per defensive action) dropped from 4.7 in the first half to 7.64 in the second. Considering Pompey’s incompetence in attacking areas, it was surprising to see Cowley’s men ease off on one of their main efficient, attacking threats.

The second half was a depressing realisation that the attacking inability will sadly plunge this season into mid-table obscurity unless there is a miraculous climax to the January window.

When chasing the game, Pompey managed one shot on target, one counterattack, one corner, seven crosses with, unsurprisingly no accuracy, and finally, only won 27% of their offensive duels.

Regardless of the number of clean sheets and being defensively stable, you cannot rely on the odd goal in every other match to propel any sort of promotion chase.

The fact that I cannot remember the last time Pompey conceded a goal that they haven’t gifted to an opponent makes this attacking inability slightly harder to stomach; just think where they would be if we stuck the ball in the net.

By the time Pompey next kick a football, there is a good chance they could be in the bottom half and as low as 13th position. It is getting to a point where further losses against teams in and around us will prove to be a fatal blow to any slim playoff hopes.

Looking at the midweek and weekend fixtures, the Monday evening clash against Charlton Athletic is looking like a must-win to stay firmly in the playoff picture.

Overall, the Addicks have had an underwhelming season. Nigel Adkins, clearly, had no support from the dressing room, which was displayed by Charlton’s dramatic shift in performance after Jonny Jackson’s interim appointment. Unsurprisingly, performances have levelled out as soon as he got given the job permanently.

Their last five matches have seen two wins, three defeats, and one draw. However, the Addicks record at Fratton Park is something to concern the Fratton faithful, with three wins in their last three visits to the south coast.

Most memorably, their 2-1 win in 2018 which ended Pompey’s playoff hopes in front of a superb away following from the south London club. Charlton also inflicted Pompey’s first defeat of the 18/19 season on the 11th of December.

Statistically Charlton look to be slightly underperforming their league position, but not by a huge amount. This Charlton side has a slightly different look to the superb side that broke Sunderland hearts at Wembley in 2019. This side averages slightly more longer passes than the League average, compared to Lee Bowyers 2018/19 side that looked to dominate possession.

Jayden Stockley, who snubbed Pompey in the summer has seven goals thus far and will always be a threat from crosses. However, it must be said, Pompey’s defence is rarely troubled with crosses into the box. Conor Washington has been the Addick’s most productive player with nine goals and assists.

Pompey will be hopeful of having an adequate left-back available as Diallang Jaiyesimi has the fifth most crosses in the division with 111 from the right flank. Furthermore, Jonathon Leko will look the dribble at every opportunity, with the second most dribbles per 90 in the division.

Even after highlighting Charlton’s threats, mainly from wide areas, it is hard to envisage Pompey being cut open for an Addicks’ goal. When Pompey do concede, it tends to be entirely through their own doing.

A return to Fratton Park on Monday should be a big advantage to Cowley’s men. The intensity of their play completely faded on Saturday in the second half; a bustling, vibrant, and packed Fratton Park won’t let that happen.

Sadly, the overall attacking effort on Saturday cannot support a prediction of Pompey taking all three points on Monday. Unless that elusive creative, attacking spark is brought in, it’s hard to envisage anything other than a draw for the Blues.