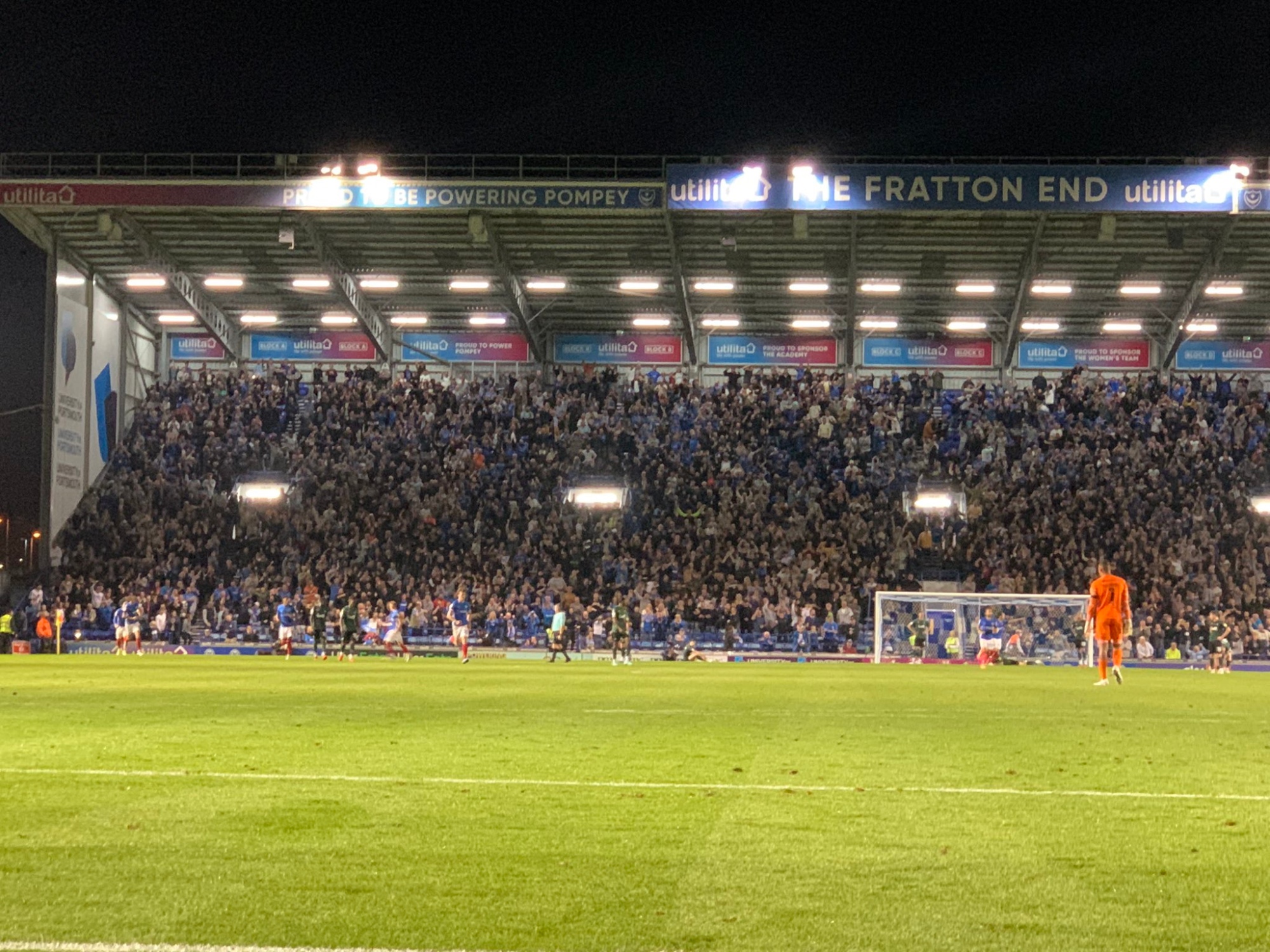 Saturday’s debacle in South Yorkshire highlighted Pompey’s current state. A team that has a mid-table budget should finish slap bang in the middle of the League. Pompey currently lie 12th. This is exactly what all of us knew would happen, now it is happening, we cannot act surprised.

The brutal nature of Rotherham’s seven-minute demolition job made the defeat at the New York stadium slightly more concerning. Pompey’s capitulation was one of the more spectacular ones we have seen over the years. It is very hard to try and take any positives after being put to the sword in that manner, but let’s try.

Pompey did match Rotherham for 50 minutes, and after Marcus Harness’ sublime finish, it did feel like Pompey were the side in the ascendancy. Harness’ display was a positive for Pompey and that cannot be debated.

✌️ It was a disappointing result, but @MarcusHarness made it two goals in two games at the weekend#Pompey pic.twitter.com/hmey80SqPF

Playing more centrally, the Blue’s number 10 was instrumental in anything Pompey did going forward and now he has found a touch for goal, we could begin to see the best of the ex-Burton man. Harness simply must play centrally from now on.

It is also important to remember that Pompey were playing a side who are the best at getting out of this division, and they will again this year.

Rotherham have the core of a side that has been together for a long time and a way of playing that has been perfected. Coupled with a handful of astute additions, they look very well placed to make an immediate return as they always do. The longevity of Paul Warne’s reign, Rotherham’s settled side, and style is something Pompey should strive for.

What should be most concerning for Pompey is their reaction after Gavin Bazunu’s uncharacteristic error. It has been highlighted by Danny Cowley in the past, after the away defeat to MK Dons.

The Blues showed no backbone to prevent falling further behind. Rotherham are a side who thrive off set pieces and have spells of consistent pressure. Pompey merely rolled over in the face of this pressure.

Unlike Kenny Jackett’s Pompey, this side feels lightweight at the crucial moments defensively. Danny Cowley’s Pompey look a good side when they have control of matches like they did for 50 minutes on Saturday, but when things aren’t going their way, at present the side lacks the steal needed to win matches consistently.

The inconsistent nature of Pompey this season means that Tuesday night’s visit of Ipswich could very well throw up a surprise Pompey win.

It was only two weeks ago that Pompey demolished Sunderland at Fratton and with Ronan Curtis coming back from suspension another accomplished home display could be on the cards.

On paper Ipswich look like a good match for Pompey and Paul Cook has never prevailed over the Blues since leaving after the League Two title-winning season.

In Cook’s previous returns to Fratton Park, with Wigan and Ipswich last season, he has looked to dominate possession and play out from the back at every opportunity.

The Blues could have plenty of success if they implement the pressing game that has seen them have success, especially at home.

The Tractor Boys have had a disappointing start to their campaign after a busy and expensive summer window. From an outside perspective, anything less than promotion should be considered a failure for Ipswich. Bringing in the likes of Scott Fraser, Geroge Edmundson, Macauly Bonne, and Connor Chaplin cannot lead to a mid-table finish.

Cook’s side have been plagued by defensive issues. Ipswich are the division’s top scorers but have also conceded the most in the League. However, crucially, Cook’s side have the third-best Expected Goals against in the division. This means that they aren’t giving up many chances, but when they do, it often leads to a goal. Much like Pompey, this could well be from individual defensive errors.

For Pompey to hurt Ipswich, we need to see the pressing and energy that was present against Sunderland and earlier in the season. We know Cook likes to employ a measured approach; building play up through the thirds. Winning the ball back high and praying on defensive errors that have hindered Ipswich consistently this season will be the Blues’ most likely route to success.

Time moves very quickly in the football world, and a win on Tuesday will put Saturday’s embarrassment to bed fairly quickly. Marcus Harness to score, both teams to score and a Pompey win would be my hunch for Tuesday night.

🗣 Connor Ogilvie: “Gillingham made it hard for us and obviously the weather conditions weren't great. It was a tough game, but we stayed resolute. It was a battle out there, everyone had to step up, and we got the three points.”
🏆 @vitalitywomensfacup 2nd round FT:
Sports Mail: Winter warmer
#Pompey close the gap