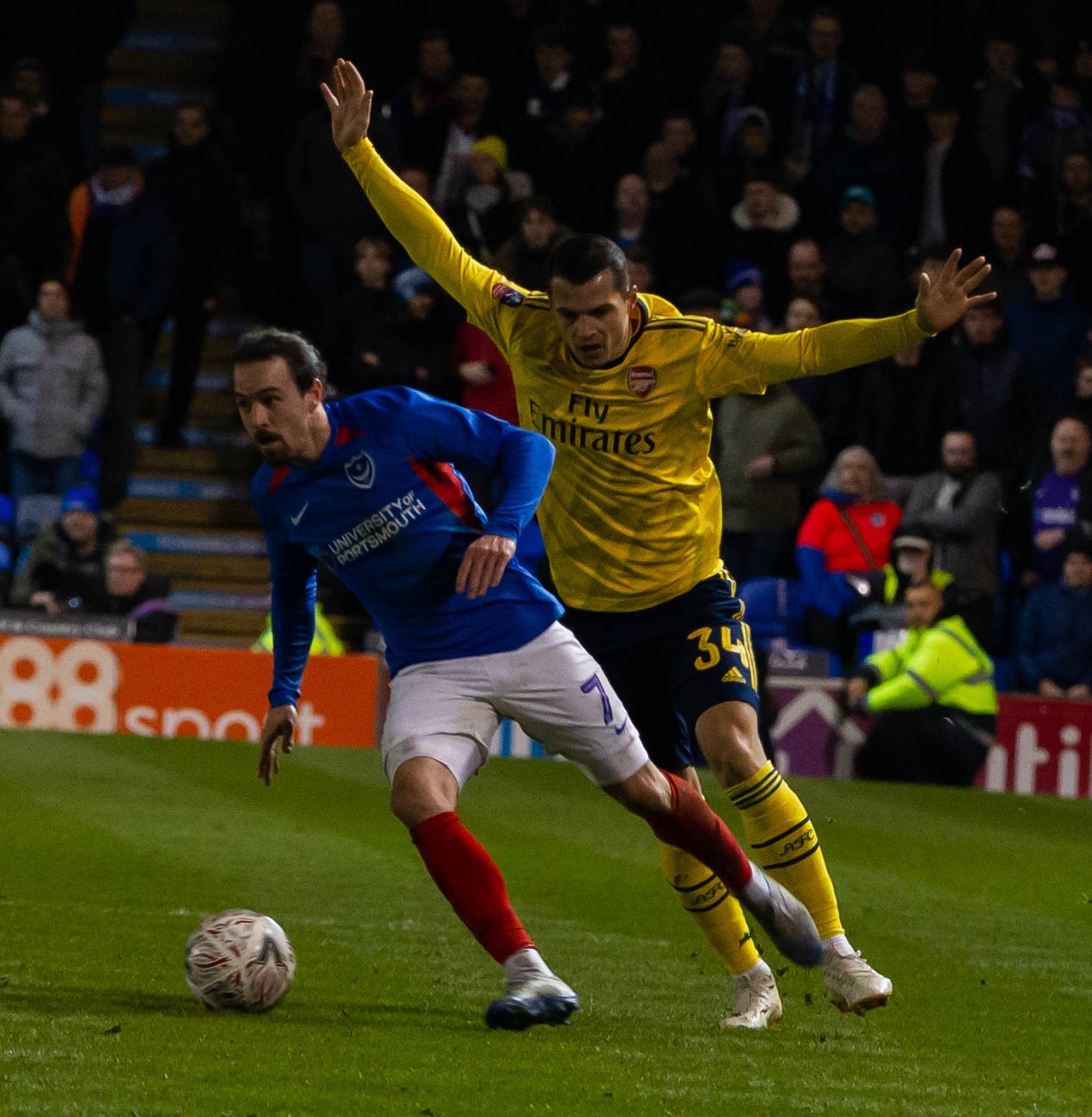 When Ryan Williams departed Portsmouth in 2012, club and player were heading in opposing directions.

While Pompey slumped all the way to the EFL’s basement division, Williams signed for then Premier League side Fulham.

A championship debutant at 17, Williams was a bright spark in an otherwise dim season for the Blues and later became one of the academy’s main exports to generate funds to save the club.

However, as is often the case with starlets who make their move too soon, the Australian international found game time a rarity, managing only two appearances for the Londoners across a three-and-a-half-year period which was broken up by loan spells.

Since departing Craven Cottage for pastures new, Williams’ career has been a curious one.

Despite featuring in two promotions from League One with Barnsley and Rotherham, the 27-year-old has often flattered to deceive, only scoring six goals across those four seasons.

So, when Williams resigned for the Blues in July 2019, his long-awaited reunion was somewhat tainted by the sceptic-murmurings of several cynical fans.

A player described as ‘in his prime’ by Kenny Jackett, Williams had to fill the large boots of the departing talisman Jamal Lowe, as well as having Marcus Harness vying for the same position on the right-wing.

Even though both new boys had a respectable first season, neither managed to consistently secure a first-team place and were often rotated in and out of the side.

Williams offers raw pace, a high tempo and impressive dribbling but all too often has lacked the end product necessary to start consistently.

The more technical Harness displayed a keen eye for goal, but occasionally struggled to impact the game and was often bypassed by Jackett’s direct style of play.

But one year and a formation change later, Portsmouth are getting the most out of their attacking players.

The recent switch from 4-2-3-1 to 4-4-2 has been liberating for Marcus Harness, who has formed a lethal partnership with John Marquis, with the pair plundering a combined 15 goals and equalling their haul in the league last season.

Harness has undeniably progressed but Williams has stagnated, with another wasteful showing at Plymouth leaving Portsmouth fans once again left wanting.

And with Ronan Curtis making a goalscoring return from international duty in Portsmouth’s brutal dismantling of Crewe, with the Aussie not making the squad due to a knock, it’s crunch time for him.

With this in mind, I have taken a look at where the Aussie winger ranks amongst his Pompey peers, and whether the stats can back up his continued inclusion.

Unsurprisingly, Marcus Harness produced the most goals and assists of all of Pompey’s wide-midfielders.

Williams is yet to score this season after 11 appearances, and when you look at his shooting analytics, you can see why.

Shot on target are not everything, as Curtis has proven to be clinical despite taking the most total shots and getting the least on target.

Williams has failed to find the back of the net despite registering just four less shots on target than Marcus Harness, who has scored five this season.

Williams also lags behind for overall contributions as well.

Williams and Harness have been on the pitch for the same amount of goals, but Harness has contributed 27% more goals across the same spell.

Fellow Irishman Curtis is below Harness but has made 56 more Pompey appearances, so his contributions percentage is likely to be lower.

Williams offers a lot off the ball with his dribbling but his final product consistently lags behind his teammates.

This is also the case with crossing, which the Blues still heavily rely on for goals and clear-cut chances. The Australian has the lowest assists per cross ratio out of his teammates.

Perhaps the most valuable asset a good winger possesses is their ability to put a dangerous ball into the box, and while the technique is crude at times, tallying their assists per cross is a good barometer of how good a crosser they are.

In keeping with the current theme, Irish duo Harness and Curtis lead the pack, with the stats backing up their technical prowess.

Passing and crossing accuracy is not everything, but Williams is marginally edged out of third place by Michael Jacobs, who has served up one assist since making his summer switch to Pompey.

Tackles and interceptions per 90 minutes (Pre-Crewe)

The former Barnsley and Rotherham man’s energy and intensity in the press has often helped the blues turn over possession – but he rarely gets as stuck in as his pressing would suggest.

Going by the stats, Harness takes the title of the undisputed king of the wing, totally eclipsing Williams who ranked bottom in five of the six categories analysed.

And with the Socceroo entering the prime of his career, he’s running out of time to realise his undeniable talent.

All is not yet lost though; Kal Naismith’s meteoric rise from squad player to talisman in Portsmouth’s 2016/17 title winning campaign shows how quickly a player can discover their golden touch and rewrite their Pompey legacy.

If Williams emulates Naismith’s heroics, there remains a place for him in Portsmouth folklore, but if he fails, he risks fading into footballing obscurity as just another talent that went to waste.