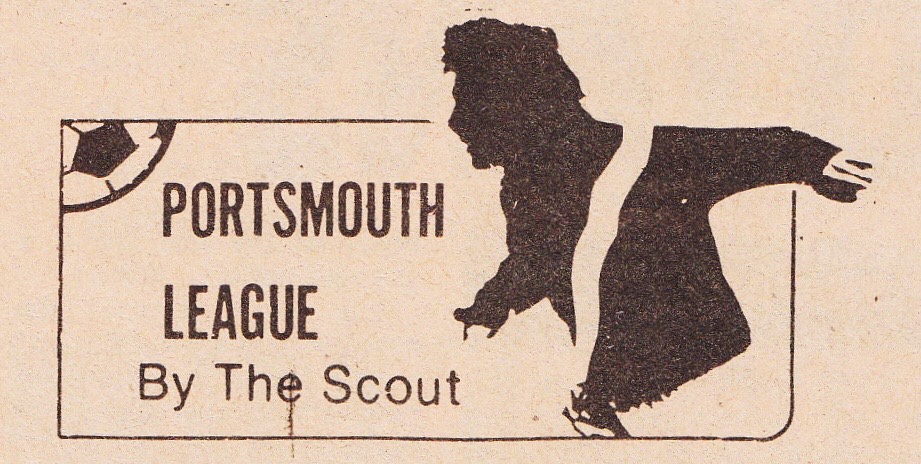 In this article I feature the fortunes of clubs at the climax of the 1983/84 season in cup competitions.

Portsmouth Civil Service became the first side in almost a decade to win a Hampshire Trophy. They pipped Carisbrooke in extra time at Ryde Sports ground to life the Junior B Cup.

Inspired by their skipper Les Crockford and despite losing Mick Mahon with a dislocated shoulder they battled superbly throughout.

Terry Potter, Terry Hickley and Andy Green were the goalscorers. This rounded off a fine season for the club as they completed the double by topping the Junior IV championship.

Not so fortunate in the Junior A Cup were St Mary’s who came up against a very good Millbrook side and lost 0-4. At the Mountbatten Centre Vokes Sports and Hilsea Club contested the Junior B Cup Final.

Vokes were the first to attack but Hilsea replied with full back Gee hitting the bar from distance. Hilsea’s Whiteaway brought a fine save from Vokes keeper Standley.

Vokes took the lead before half-time when Tony Wilkins bundled the ball over the line from close range. Hilsea came out for the second half in determined fashion and their pressure led to Bediako being brought down in the area.

Vokes were then awarded a penalty when Jeff Churchill was brought down and Chris Atwell scored to put Vokes further ahead. The third penalty of the game went to Hilsea after a handling offence and this time Whiteaway made no mistake.

Vokes made sure of claiming the trophy when with five minutes remaining Dix broke down the right flank and pulled the ball back for Bishop to finish off the move and put the result beyond doubt.

In the Portsmouth Senior Cup Clanfield never recovered from conceding an early goal against Havant Town and were unable to compete with a side who were faster and stronger on the day and they were beaten 0-6.

In the Billy Hill Cup Final Paulsgrove were looking to complete a league and cup double for the second year running. Their opponents were Leigh Park United.

Paulsgrove attacked from the off and Dave Rock in the Leigh Park goal made some excellent saves from Gary Lee and John Daniels in quick succession.

Leigh Park weathered the early storm and Jim Scullion forced Mark Cannell into a brilliant reflex save. A mis-kick from Keith Vickers was seized on by Gary Howarth who also was foiled by Cannell.

After plenty of first half action the game somehow remained goalless at half time, mainly due to good goalkeeping from Rock and Cannell.

Ten minutes into the second half Scullion gained possession, cut inside to hit a left foot shot wide of Cannells reach.

Paulsgrove always looked dangerous especially from set pieces where the height of Phil Pettit and Vickers were causing problems.

Paulsgrove looked to be heading for defeat but with less than a minute to go they mounted another attack.

A long throw in taken by Terry Barton to the near post saw Rock surrounded and was unable to claim the ball cleanly and as the ball ran loose substitute Russell Hepburn headed the equaliser.

Two minutes before the end of the first period of extra time Terry Cole turned brilliantly on the edge of the penalty area and fired in a shot beyond the outstretched hands of rock.

With no further scoring Paulsgrove completed the League and Cup double.