Portsmouth have now won six consecutive games in all competitions and are far cry from the side struggling to see out games earlier in the season.

Tactically, the Blues have improved leaps and bounds from where they were. That progression was shown by beating Championship opposition Barnsley 4-2 in the FA Cup fifth round.

The Tykes are a strong side who play an aggressive, possession-based style of football which have Pompey have struggled against this season.

But with a few subtle tactical tweaks and changes in personal, Pompey achieved one of their most impressive wins of the season.

Breaking the league difference through direct and progressive passing

The key for Portsmouth’s success was the attempt to control patterns of play when in possession and press intensely when off the ball.

Kenny Jackett mentioned this game plan in his post-match interview. He said: “We are at home, you have to go at teams. That is the remit.”

This philosophy was employed through incisive forward passing between the midfield and strikers, while the full-backs supported on the flanks and in the middle.

According to the analytics from Wyscout, Barnsley had higher passing accuracy, as they were trying to retain as much possession as possible (fig 1).

Although these stats look bad, Pompey were sticking to their usual direct passing approach (fig 2), so accuracy would inevitably be lower.

The Blues’ passing was more clinical and aggressive, racking up 62 successful progressive passes compared to Barnsley’s 41. 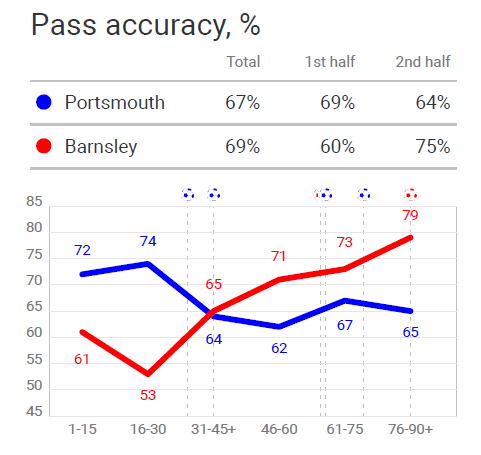 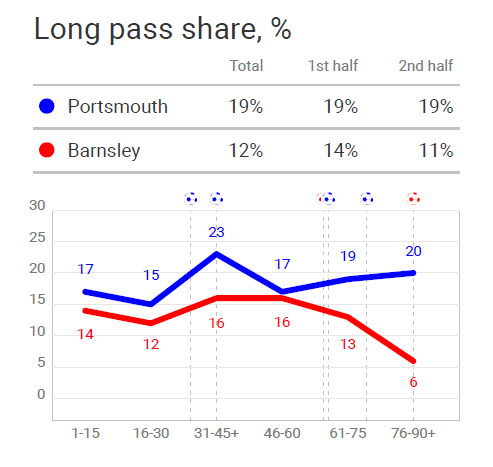 Figure 2 Wyscout – The number of passes made by both teams which were direct passes.

A progressive pass is a considerable forward pass, which varies depending on where it was made on the pitch. A pass in the opposition half only needs to be 10 yards to be progressive, compared to 15 when crossing both halves.

This through ball from Andy Cannon is a perfect example.

Generating these high amounts of progressive passes show Pompey’s attempt to be on the front foot and create chances. This will lead to many turnovers of possession but the aim is to not have possession for the sake of it.

Pompey only had a 55% accuracy rate for passes to the final third of the pitch, but they attempted these passes 81 times, almost double the amount Barnsley made.

Consequentially, Portsmouth created more chances, stayed on the front foot and had higher xG numbers (fig 3). Barnsley only matched Portsmouth in xG after they were trailing 4-1.

The sheer volume of forward passes was only possible because of Jackett’s midfield selections.

Kenny Jackett’s often rigid and one-dimensional 4-2-3-1 was changed for the better once Andy Cannon was picked as the attacking midfielder.

Unlike when Marquis was played out of position, Cannon is able to more effectively link up the midfield and allow for a more pressing and offensive style of play.

He was the lynchpin of the midfield, receiving 24 passes and making six accurate final third passes. Cannon is the playmaker that fans have been wanting for months.

This extra link-up play in midfield allowed Ben Close to have a more expansive role.Close was able to be the well-rounded box to box midfielder needed in the double-pivot, winning the ball high up the pitch (65% duels won and 11 recoveries in the opposition half) and creating his own chances.

In both Cannon and Close, Portsmouth have a dangerous pair of playmakers who can control the midfield, with Tom Naylor being their defensive safety net.

Steve Seddon and Ronan Curtis fed on these chances from midfield.Both players helped support the midfield and allowed Pompey to counter attack quickly. Curtis’ five progressive runs is testament to how effective he is when Seddon or Cannon make passes into space for him to run onto.

Portsmouth’s passing combination chart shows just how effective the left wing was supporting the midfield and being a threat to Barnsley’s defence high up the pitch. 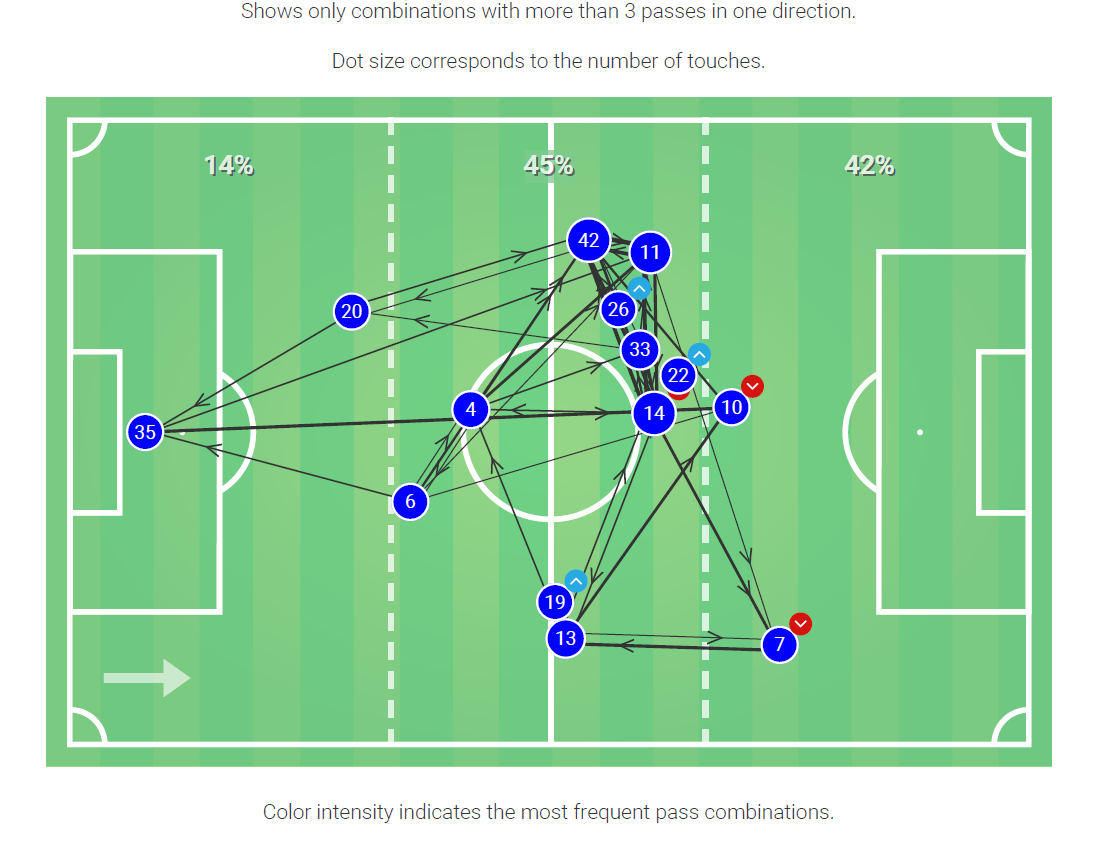 With these changes Pompey managed to solve their tactical Achilles heel; dropping deep and inviting pressure from the opposition.

I have mentioned Portsmouth’s PPDA stat as a worrying trend this season. PPDA stands for passes allowed per defensive action and it is a metric used to measure pressing intensity. The higher the number, the deeper a team drops and vice-versa.

At times, their PPDA stat was ridiculously high, conceding control of the game and ultimately leading to the team losing points. 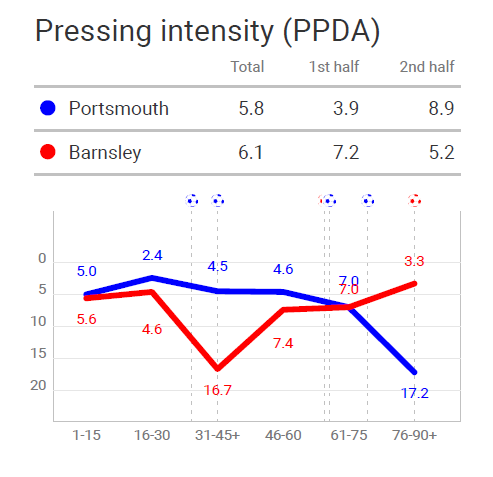 It was crucial for the Blues to utilise a high press, and it paid off. Pompey only dropped deep in the last 15 minutes, due to tired legs and substitutions. Pompey’s average PPDA was 5.75, indicating a more intense pressing strategy compared to their season average of 9.32.

Kenny Jackett has received vehement criticism for his side dropping too deep. He responded saying he never intends his side to drop deep but also states they cannot control the whole game.

He said: “You never intend to hold back as a manager, it is not a tactic necessarily. Sometimes the over side just come back into the game. It is hard to dominate for 90 minutes.”

Whether you think it is a tactic or not is besides the point. It will be rare for Pompey to control the whole game, but the intent has to be there to stay on top of the opposition.

If the Blues can utilise a high press and effective passing against championship opposition, then they should aim to use this tactic for every league game. Kenny Jackett may have finally stumbled upon the tactic which may earn himself and Pompey promotion.