The Portsmouth and South Coast area has a thriving non-league football scene and a number of #PNNAwards were up for grabs in our recent Twitter polls.

Club of the season

Assistant manager Graeme Gee told the club website “I think we’ve got our rewards for probably two to three years of hard work. I’m delighted for all the people behind the scenes who’ve given up a lot of their time and have supported us.” 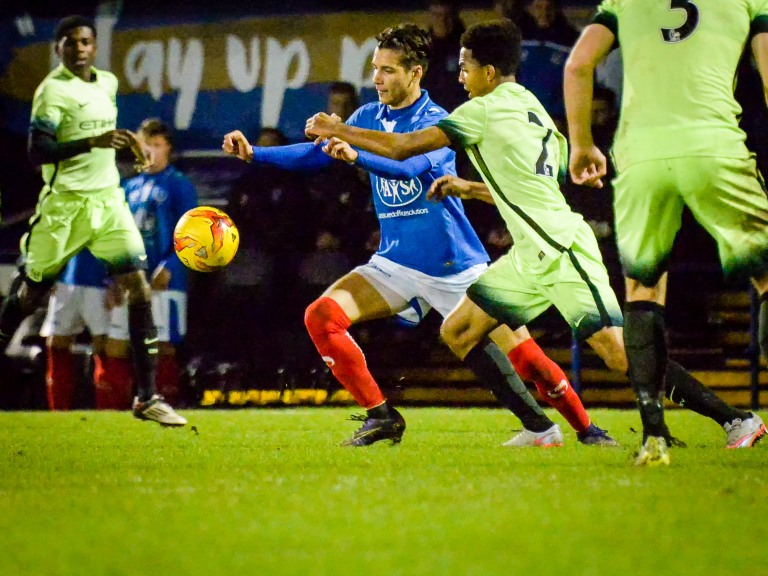 Player of the season

Formerly with Pompey Academy until 2014 when a two-year Pompey scholarship deal was withdrawn after a heart issue was highlighted during a routine medical.  Has spent time at Moneyfields and Bognor Regis Town.  Alfie was top scorer at Havant & Waterlooville 18/19 hitting 15 goals despite their National League relegation.

Alfie told PNN, “I am very proud to win this award it means a lot to me, it’s been a difficult season with relegation, but on a personal note I hit the goals I gave myself. Thank you!”

Pompey season ticket holders will be able to get £6 entry at the Hawks league home games next season.

Attacking full-back in the Wessex League Premier with Horndean in 18/19. Has now been signed by Havant & Waterlooville for the new season.

Henry Deacon, Media Officer at the Hawks said “Havant and Waterlooville strive to make our Match day experience as good as possible and we’re glad that we’ve managed to do that last season. One of the advantages of playing in The National League is learn what big clubs do off the field and take note of it.

“Next season there will be initiatives and things happening behind the scenes which will make the experience at Westleigh Park even better than what it is now.”

Henry Deacon, Media Officer at the Hawks said: “I’m honoured that we’ve been voted best Social Media. What we have at Havant is a dedicated team who are close nit whilst doing our job against teams who’s media budgets we can only dream off.

“Fingers crossed that now we’ve made some new additions to the Media team, and a new website coming before the start of next season that we will continue to kick on and ultimately fulfil a little goal of mine to be the best in Non-League!”

The Rocks Radio team covered Bognor Regis Town home and away throughout the season.

Lee Roberts said: “I just want to thank you for the nomination and everyone who voted for Rocks Radio. To win was totally unexpected. I couldn’t do it with the hard work of Liam and Jordan.

“Jordan is just 15 years of age and clearly has a bright future ahead of him. He has co-commentated on most home games and has been a great addition to the commentary team. My thanks go to them both.”

On the pitch, the Rocks featured several Pompey loanees through the season, including Leon Maloney and Brad Lethbridge.

Co-host Cliff Pledge said: “Greg and I are delighted and honoured to win again.  To present a 2 hour FM radio show about grassroots football is both a fun challenge and a privilege – thanks to all who voted.”

Runner-up: Over The White Line

Thanks to everyone who voted in our Twitter polls.

Roll on the 2019/20 season, enjoy the Summer and don’t forget you can keep up to date with all the latest Pompey and local football news across our Twitter, Facebook and Instagram channels.