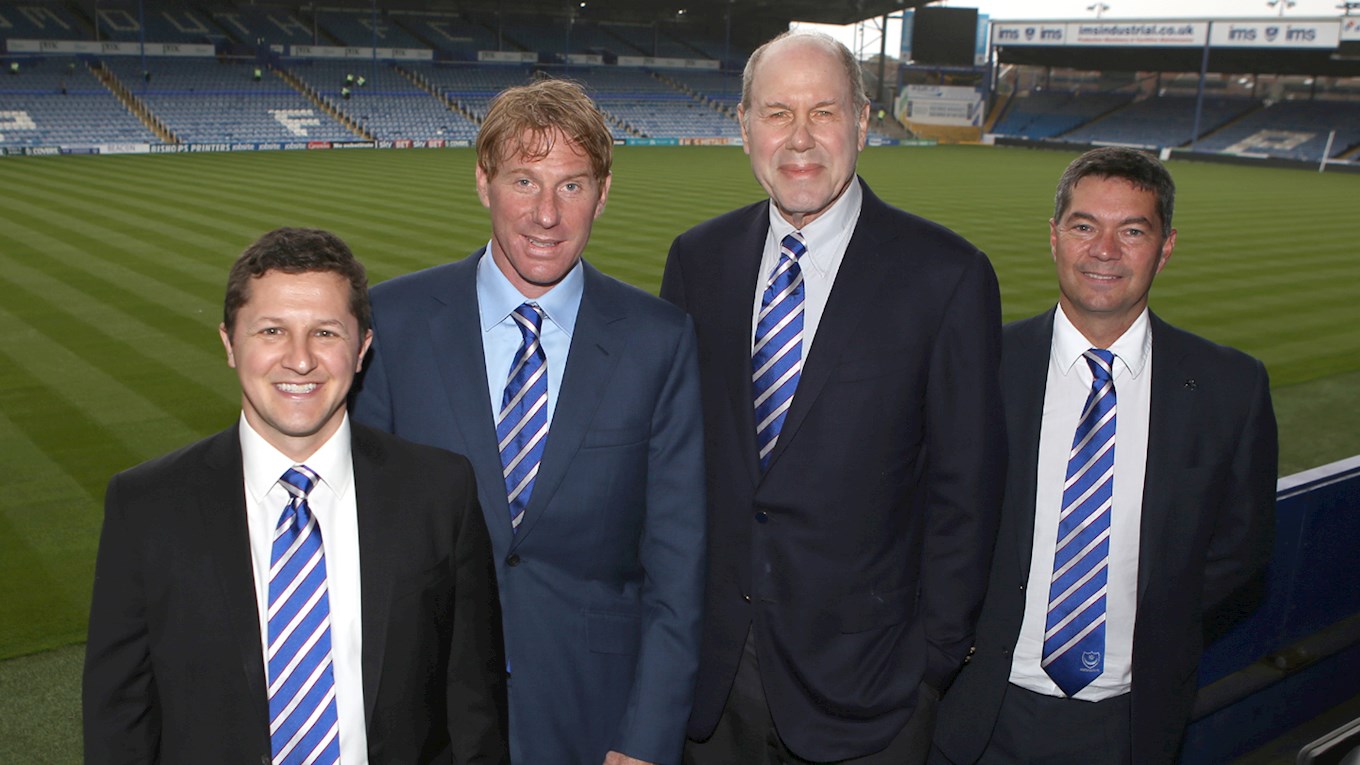 Pompey chairman Michael Eisner raised more than a few eyebrows this week with a tweet that alluded to steering the club to Champions League glory.

It’s little surprise that many fan replies suggested that our American owner had one too many glasses of Red before taking to social media.

This anniversary,April 10th when 6 years ago supporters of Pompeyt saved the club should be a time to celebrate. When Pompey wins the Champions League competition in the future,this leadership and support will be front and center. @PompeyTrust @officialpompey @PompeyHistory https://t.co/6Xy6AlPWw2

After all, Pompey are a club battling to gain promotion from England’s third tier, still licking their wounds from financial collapse and a tumble down the pyramid that came as a direct result of their last fraternisation with Europe’s elite.

A seat at Football’s top table not only seems a million miles away, but in fact could be considered altogether unwanted, given our past experiences.

But whether Mr Eisner’s comments were made in jest or with sincerity, they certainly do get the imagination whirring.  Could Pompey’s stewardship under a former Disney CEO really have a fairy tale ending? One that sees Jack Whatmough holding that enormous trophy aloft while despondent Real Madrid fans empty their seats faster than Spurs circa 2010?

But let’s imagine a few scenarios in which the stars align and the impossible really DID happen.

Seemingly the most obvious route for any club chasing success – throw money at the problem and hope it pays off.

Tornante and the Eisners are clearly not short of a few quid, and as recently as January found themselves subjected to fan suggestions that they spend significantly in the transfer market to fire Pompey to the Championship.

They’ve probably been tempted too, given our early season form and some lucrative cup runs.

For Pompey to launch themselves to European glory, the owners could torpedo their current strategy of organic growth and infrastructure investment, instead choosing to pump millions into the playing staff to climb back to the Premier League and beyond.

What could go wrong?!

The remarkable achievement proved that the elite “Top 6” in English football could, in fact, be cracked.

What’s more, it could be cracked without breaking the bank and spending billions invested by middle-eastern oil companies or mega-rich tycoons.

Instead, the success was masterminded by good management, shrewd recruitment, and a team unit that was greater than the sum of its parts.

It’s an approach not dissimilar to that employed by Pompey in this season’s opening months, when a relatively “average” side outperformed the league’s financial powerhouses, with Ronan Curtis playing the Jamie Vardy role, and a midfield anchor of Naylor (Kante) and Thompson (Drinkwater) allowing Jamal Lowe to do his best Rihyad Mahrez impression on the right.

Kenny Jackett knows his stuff, and clearly has the backing of the club. Could it be possible that with enough time, consistency and application, we could one day see Oli Hawkins battering Virgil Van Dijk or Ronan Curtis outperform Kylian Mbappe on the world’s biggest stage?

In Tornante, Pompey have owners who are investing in sustainability, infrastructure, and long-term strategy.

That means the club remains profitable, with a focus on improving Fratton Park, the training facilities, and investing in young talent and the academy.

Contrastingly, in the Championship, you have an entire league of clubs effectively bankrupting themselves in an attempt to win their own seat at the top table and suckle at the financial teat of the Premier League cash-cow.

The figures involved in top-flight television deals, parachute payments, sponsorships and transfer fees become ever-more eye-watering. Yet the gap between the top 6 and the rest of the Premier league has never been bigger.

This essentially puts a glass ceiling on how much any of these clubs can achieve.

Coupled with the fact that spending doesn’t guarantee success (only 3 teams out of 24 achieve promotion) it’s clear to see that this model is unsustainable.

With yet more football clubs appearing in the High Court this week to fight for their very existence, it’s more than plausible to suggest that the bubble may burst sooner rather than later for many teams.

In the ensuing scramble to survive and adopt more sustainable models, it will be the well-prepared and already profitable clubs who can swoop in and fill the void left by the collapse.

So, is Michael Eisner’s bold claim of future European glory something more akin to a Disney movie than reality?

But let’s not forget perhaps the most important factor in all of this:

This is Pompey: A club for which the impossible has been achieved with surprising regularity over the years. Where the most cast-iron predictions and shoo-in results are invariably thrown out the window.

Maybe…. just maybe it could happen one day.

But if it does, you can be sure of one thing:

We’ll do it the hard way.

One thought on “How Pompey could ACTUALLY win the Champions League”