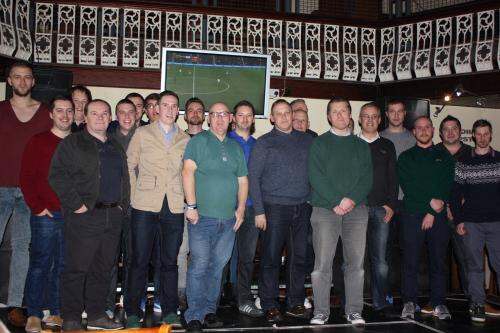 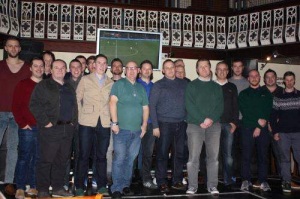 The York to Pompey charity bike ride was officially launched on Monday evening at The Lanyard pub, Portsmouth.

Following on from last years successful Ride to Bury, the team are hoping to yet again raise thousands of pounds for deserving charities.

This year’s event takes place from April 29 to May 2, 2015, from York City FC back to Fratton Park – another gruelling 300-odd miles for the 31 riders taking part.

The event was hosted by Express FM’s Darren Gamblen who introduced the riders to an audience who included Mark Catlin, Ashley Brown, Alan Knight, Johnny Moore, with the players represented by Michael Poke and Joe Devera.

Seven local Portsmouth charities and worthy causes have been selected this year. The team have also asked York City FC to nominate a charity cause close to their hearts. All money raised will be divided equally between the eight organisations.

More information on the team, the charities being supported this year and how to donate can be found here http://www.bigpompeyride.co.uk

Follow @PompeyNewsNow and @York2Pompey for all the latest news and updates on the #bigpompeyride.