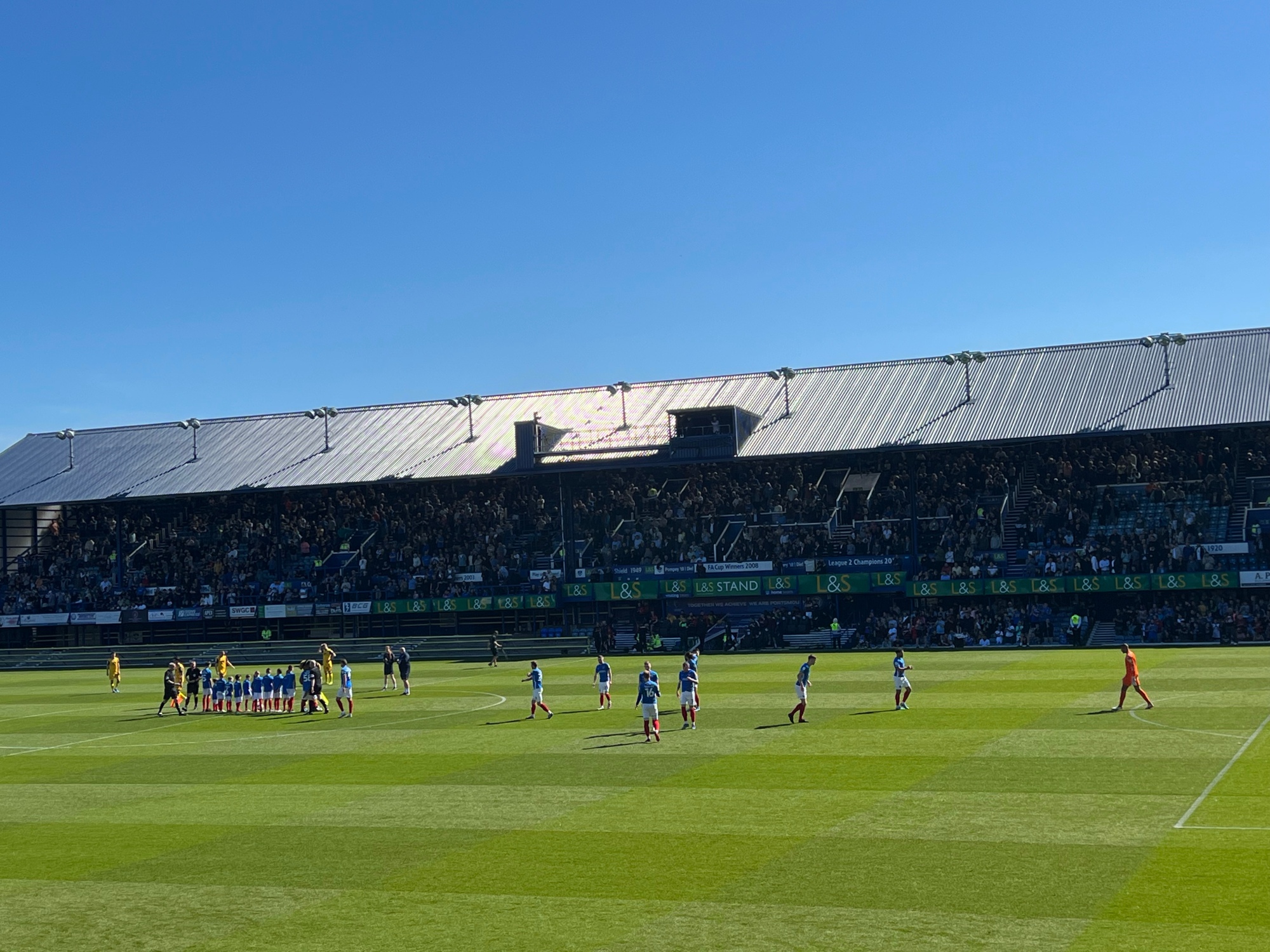 Fan Hub partner Off The Line looks ahead to Pompey’s home clash with Gillingham.

Gillingham will be looking to edge a step closer to League One survival as they travel to Fratton Park.

Portsmouth were unfortunate not to get all three points on Monday with a late foul by Cole Stockton on Gavin Bazunu not being given by the referee, despite the goalkeeper clearly being obstructed.

That came after Sean Raggett gave them the lead with a strikers finish by a centre-back too as he turned his man and finished.

They had Bazunu to thank for the fact they kept it at 1-0 for so long and I highly doubt they’ll be seeing him in a Portsmouth shirt next season with Championship interest likely to be strong.

He may even get a chance at the Etihad with his parent club Man City if Zack Steffen’s mistakes cost him his position as back up. It’s all about just trying to finish strongly and use the remaining games to assess this squad.

Gillingham probably feel they should have won on Monday had they had been given a penalty in the first half or Vadaine Oliver finished with a late header.

They will be without Charlie Kelman though this weekend with the attacker sent off for a 50/50 tackle with Paddy Lane which saw both see red.

They bombarded Fleetwood aerially but could not score and that leaves them just one point above the relegation zone with two games to go.

They could be safe this weekend if they win and results go their way, but they could also be sat in the relegation zone heading into the last game of the season.

Prediction: Portsmouth 1-1 Gillingham
Gillingham will manage to get another point in their quest for survival. They will go behind at Portsmouth, but their aerial threat will be too much for Portsmouth to stand up to and it will finish 1-1.

One to Watch: Vadaine Oliver – Gillingham striker Vadaine Oliver has nine goals this season and will be looking to head into double figures this weekend. He will most likely come up against Sean Raggett and it will be a great aerial battle.

Last Time: A stoppage time Pompey winner from a Michael Jacobs’ deflected cross was enough for the Blues to nick all three points back in November 2021.