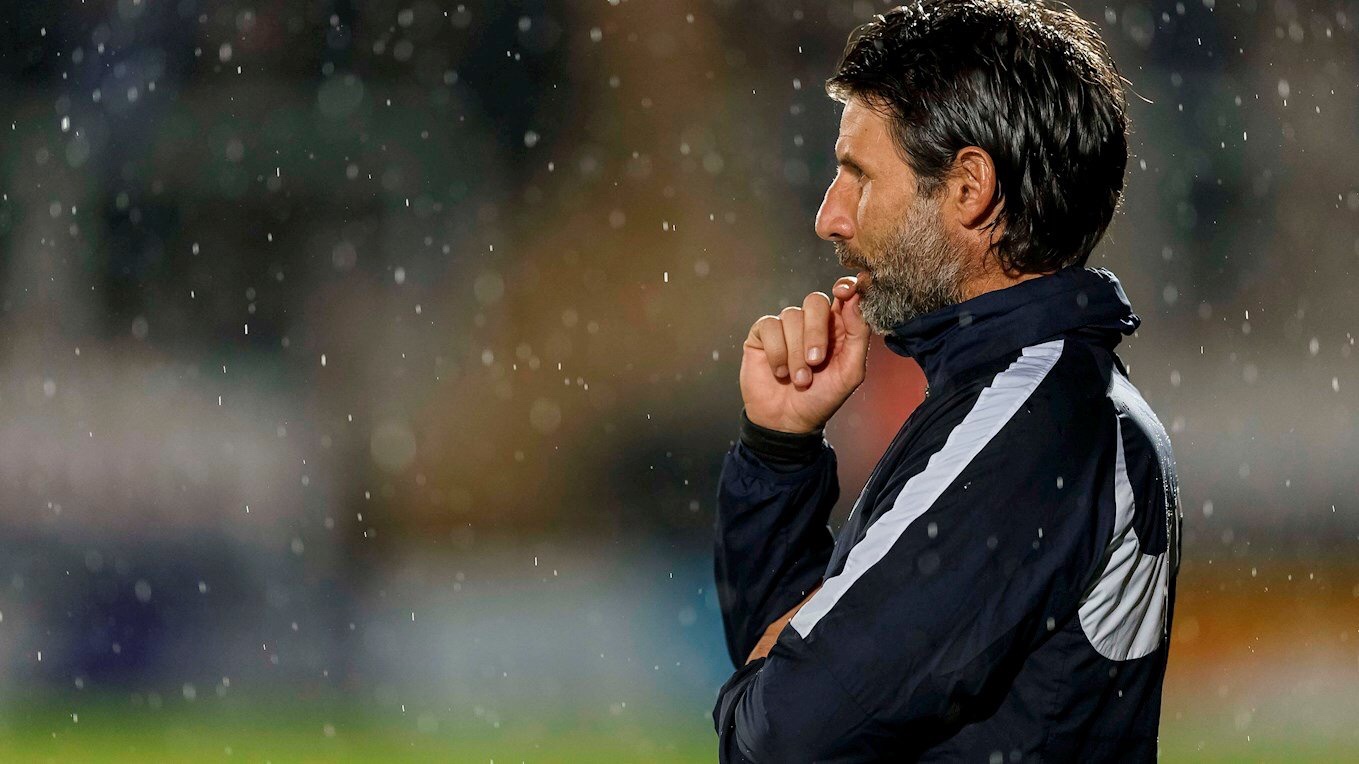 Pompey remain without a win since the 17th of August after a 2-1 defeat to Burton Albion on a frustrating night at the Pirelli Stadium. In a fixture with few standout performances, here are my player ratings.

Gavin Bazunu – The Irishmen was yet again one of Pompey’s standout performers, with two top-tier saves, especially in the second half, as Bazunu made a stunning stop to prevent Charlie Lakin’s left-footed strike from flying into the top corner. Bazunu’s distribution was not of the standard we have been used to this season, with a few misplaced passes and, at times, not moving the ball fast enough. (6/10)

Sean Williams – It is hard to criticise Williams as he is currently playing out of position, however, the former Millwall man lacks the pace, power, and physicality to play as a centre-half. Against a powerful Burton front line, Williams was overrun at times, with Daniel Jebbison having a field day. Williams’ distribution is one of his stronger attributes, however, he failed to move the ball with the urgency that is required when playing out from the back. (4/10)

Sean Raggett – Raggett has been one of Pompey’s most consistent players this season and was simply left with too much responsibility to be the sole physical presence in Pompey’s defence. Sean Williams and Kieron Freeman could not provide Pompey’s only centre-half with enough support, which left Raggett with Burton’s physical front line to deal with. The return of Connor Ogilvie and Clark Robertson cannot come soon enough for Raggett. (6/10)

Kieron Freeman – Freeman has been a mainstay of Danny Cowley’s plans so far this season and has been a solid operator. Tonight, though, was probably his poorest display in a Blue shirt. Like much of the backline, the former Sheffield United man struggled to cope with Burton’s runners in behind. Freeman was also culpable for being too slow and lax when playing out from the back; taking too much time and not allowing the Blues to exploit space further up the pitch. (4/10)

Mahlon Romeo – Romeo was unable to pick up the promising positions that he has done in the previous two fixtures, which was not necessarily his own doing, more that the ball was not moved fast enough in his direction. The Millwall loanee was the only member of the Pompey backline that stood up to Burton’s intensity and physicality. If Pompey do revert to a back four, he would be my pick for the right-back spot. (6/10)

Lee Brown – Brown was at fault for the first Burton goal after giving the ball away cheaply. The full-back also struggled to cause the Brewers any problems going forward, rarely overlapping or providing an option down the wing. When Pompey play in 3-4-3, the wing-backs are essential in pushing the opposition full-backs back towards their own goal and Brown simply didn’t do that enough. (4/10)

Joe Morrell – Pompey’s man of the match. Morrell has produced two excellent displays in his last two matches; gliding past players with ease and giving Pompey an abundance of energy in midfield. The Welsh international hardly gave the ball away and displayed a technical ability above League One level. It is evident now, why Cowley was so keen to land his signature. (8/10)

Ryan Tunnicliffe – Tunnicliffe was certainly not one of Pompey’s worst performers, yet, struggled to make an impact on the game. The former Luton man is at his best when he is driving forward, pressing defenders, and finding the crucial final ball. Today, it felt he was playing the more defensive role, whilst Morrell was executing what we are used to seeing from Tunnicliffe. (6/10)

Marcus Harness – Harness was probably the pick of the Pompey front line, especially in the first half where he was looking to take the game to his former side. But like so many of his performances in a blue shirt, Harness failed to turn any of his promising touches and dribbles into anything clear-cut. Frustrating display. (6/10)

Ronan Curtis – After two goals in three games, Curtis was my pick to break the deadlock for Pompey. However, he struggled to make a significant impact in an attacking sense. The Irishmen is at his best when he is running at defenders, cutting inside, and shooting. Against the Brewers, Curtis drifted inside far too often and barely threatened to take on the full-back at any point. Pompey desperately need more consistency from their talismanic winger. (5/10)

John Marquis – It feels as if we say the same things every week about John Marquis. Too many loose touches, too many offsides, too many missed chances. A first-half header aside, Marquis didn’t have an opportunity to score. Yet, the constant fouls, loss of possession, and offsides are infuriating and put the side under pressure. Marquis needs to find the back of the net soon, as right now, he is not the answer to Pompey’s striking woes. (4/10)