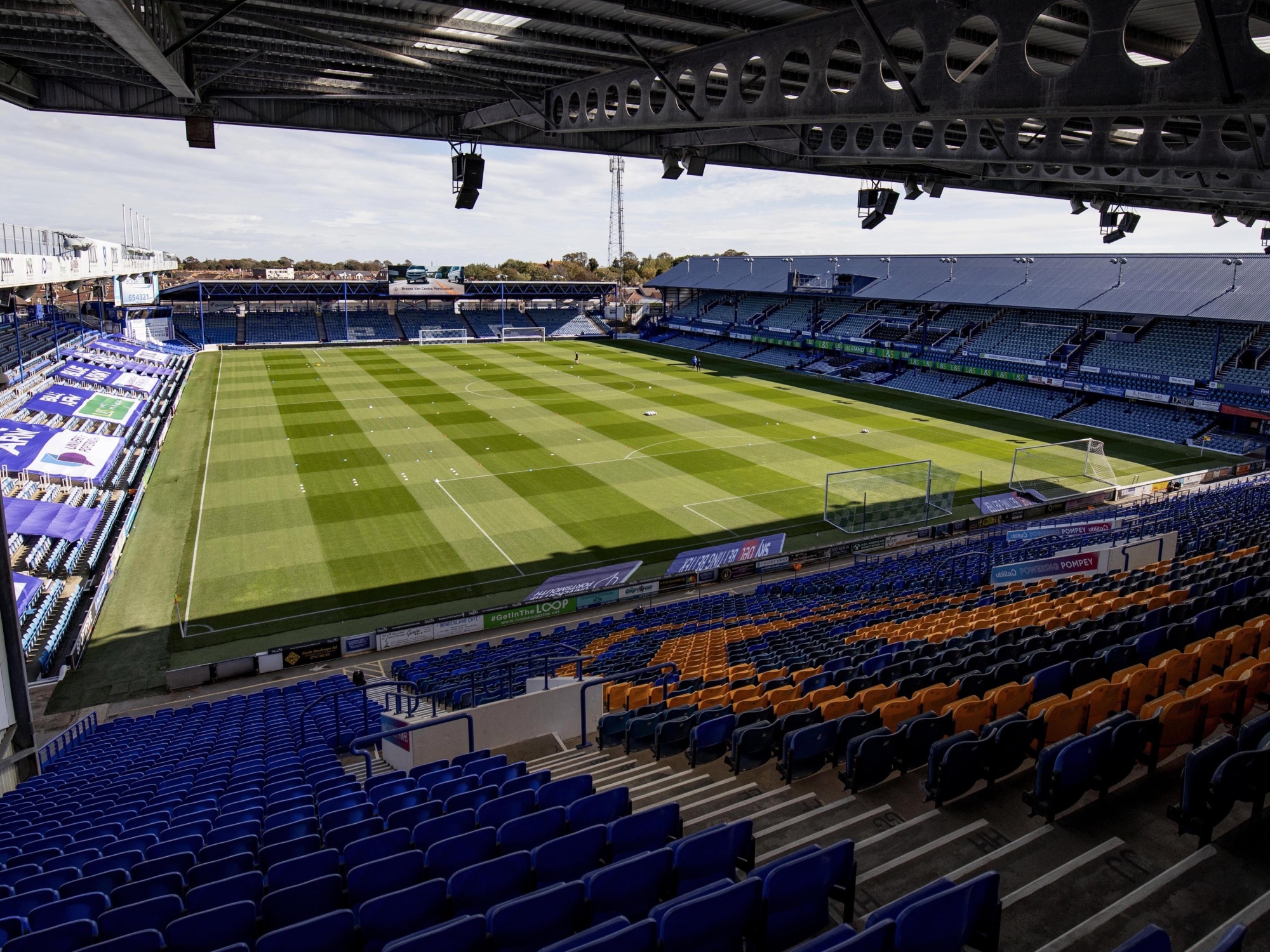 The Tony Goodall Fans’ Conference has now been in place for over 10 years providing regular dialogue between Pompey fans and the club.

Here are the minutes from the recent meeting which covered topics such as 2021/22 ticketing arrangements, iFollow, player/management update, club finances and more.

If you have a question you’d like to submit for the next TGFC in April, please email pompeynewsnow@gmail.com and we will ensure it’s passed onto Mike Fulcher who represents PompeyNewsNow and other social media groups at the meetings.

MF opened the meeting by thanking the club for the recent iFollow passes given free to flexi-season ticket holders and for their work ensuring fans were refunded for their 19/20 EFL Trophy final tickets.

Q: What are the club’s plans for ticketing moving forward, particularly if it remains unclear whether fans will be allowed back in full in time for the 21/22 season?

AM: We have been discussing this at the club. We hope for the best but do need to plan for social distancing remaining in place. Using flexi-season tickets again could work, but we could also revert to normal season tickets.

We hope to know more on Feb 22nd [when the government are due to lay out their future road map for the easing of lockdown]. We will consult with the TGFC when we know more.

Q: With some fans having fallen out of the habit of attending, will pricing need to change to encourage some to return?

AM: This may depend on where we finish in the league. Promotion would breathe new life into things, with new fresh fixtures for fans to feel excited about. Many fans are desperate to get back to normality and will jump at the chance to return.

We do need to be sensitive on pricing, but this shouldn’t be used as an incentive to get fans back. It’s inevitable that some fans will have lost the habit but Pompey has a huge fanbase – it’s our job at the club to keep engaging with our following and fill any vacated seats with new ST holders.

Some will have built up savings over the course of the pandemic and be keen for an entertainment activity/live event to spend it on.

2. iFollowQ: Has the club’s opinion of the iFollow product/service improved over the course of the season?MC: Personally, I do feel it has continued to improve, and that is the feedback we are getting. We have explored alternatives to iFollow but it is very cost prohibitive. We’ve spoken to clubs which have gone away from iFollow who are now looking at the improvements made to the service and wondering why they left.

AM: The EFL feel iFollow has resolved its early season teething problems and that things are now much improved.

Q: Did the ‘free’ games for flexi-season ticket holders create an increased demand afterwards, and are there any further plans for further ‘free’ passes?

AM: We’d like to do another free pass to help provide value for flexi-ST holders. We had 7,000 users for the [‘free’] AFC Wimbledon fixture, then 5,000 for the following fixture with Hull.

The average is now between 3,500-4,000, up from around 2,200 before. We think numbers will continue to increase now we are near the end of the season and games matter more.

Q: How does the club reflect on the January transfer window?

MC: Like for like, I personally believe that we’ve improved. We are pleased to have extended the deals for Rasmus Nicolaisen and Jordy Hiwula.

We’ve brought in a good second ‘keeper who is now pushing for a first team start. We think the squad is now stronger than when we went into the window.

Look at our squad on a matchday – our bench is very good. In terms of depth I believe, we’re well positioned going into the second half of the season.

Q: What are your thoughts on the news that the salary cap has been removed following PFA’s arbitration?

MC: I’ve tried to temper enthusiasm about it. It’s likely there will be some rear-guard action from people keen on a wage cap. We don’t know what finances next year will be like.

We will always want to run the club in a stable, sustainable way, so we’re unlikely to have gone crazy in the January window in any case. In that sense, it didn’t affect our plans too much. We did get some players cheaper in January because of the cap!

We were against the wage cap not for this year or next year, but for the future – it’s only right Pompey should have a financial advantage over other clubs if we earn more money. Every club’s profit is different, so there can’t just be a blanket cap. Now we go back to competing with Sunderland, Ipswich and the other ‘big’ clubs in the division.

Q: What’s the current situation with out of contract players (June 2021)?

MC: Some players are on deals which now look like big money – the landscape has changed in a post-Covid world. Many clubs will not be in a position to extend contracts on pre-Covid salary levels. The players we want to keep, we had already spoken to. They all politely declined based on the salary cap limit. We’re now back into a normal process of negotiations.

Q: Will we see a more realistic approach in the football world now when it comes to finances?

MC: There always will be clubs spending a lot, and there will always be in-demand players who command big money. It will just come back to basic business economics and how we manage the revenues we have coming in.

Q: What’s the financial outlook at the club currently?

We’ve only had two matches with fans, each with 2,000 attending – so it’s obviously been a challenging year. The Premier League bailout helped to some extent and has been split on the basis of lost turnover but it’s only covered a very small proportion of our losses.

I’m preparing budgets for both League One and Championship to determine how best to manoeuvre our way through the challenges facing all clubs next season on different scenarios on reduced capacity.

The government are helping so many other entertainment industries, but so far it has not offered any direct help to football whatsoever. Moving forward all clubs will need to see direct government support for next season.

I’m pleased the salary cap has gone albeit the matter has not yet been fully resolved by EFL and it remains open to being revamped. We wanted to retain a competitive edge from our high attendances to put that extra money back on the pitch for the supporters and any salary cap would level the playing field and result in an inevitable drop off in attendances.

Agents are already asking about new contracts post-salary cap and seemingly are forgetting Covid losses all clubs have suffered.

[MC gave an update on the current status of infrastructure developments].

Q: Has the club processed all the ticket refunds?

AM: The majority of refunds have already been processed. We’re now at the stage of dealing with cash payments and bounce-back card payments. It should all be done by the end of next week.

Q: Why was it decided to play this now rather than wait for fans?

MC: The current season’s competition has a contractual date with sponsors. All parties agreed that last year’s final needed to be played before this year’s. We did hold out in the hope of getting fans in, but with no prospect of that on the horizon and fans wanting refunds, it made sense to do it now.

Playing both finals on the same weekend also saves on costs. Not playing the final at all was discussed, but we want to play it and win it. Our fans attended matches in the earlier rounds of the competition, our players worked hard to get to the final, it made sense to draw it to a conclusion.

Q: Can those without Sky watch the game?

AM: It definitely won’t be on iFollow, though fans can access Sky for the day through Now TV.

Q: Are there any plans for a development squad in the future?

Q: Is there any further movement on the idea of an affiliate club?

MC: In the next 3-4 years, we’re more likely to go for an affiliate club than a development squad. Development squads essentially just play friendlies week after week.

We could work with a local club to get 3-4 players out on loan at the same time for competitive football instead. An affiliate club, maybe not even in England, may be the way forward.

Q: Tornante have previously attended TGFC meetings once a year. Will this be possible this season/soon (via Zoom)?

MC: I will speak to Michael. I don’t see it being an issue as they are keen to engage.

Q: What’s the club’s position on ‘taking the knee’?

MC: We are against discrimination in any shape or form. As a club, that’s the message we always want to get out. There is no diktat from the club about whether to take the knee – it’s completely up to the captain, our players and the opposition on a game to game basis. There is no pressure exerted either way.

AM: The EFL have put ‘No Room For Racism’ on every shirt, which moves it away from ‘Black Lives Matter’ and more towards anti-discrimination.

Q: Is the club planning to resume physical production of the matchday programme for the second half of the season?

AM: In the first half of the season, we did continue to print physical copies of the matchday programmes. At the time, there were plans to have fans back in stadium in October but obviously that didn’t happen.

We were building up more and more losses with the programme – there is not the demand without fans into the stadium. We took the decision to stop physical production at the half way point of the season, though fans can still access them for free online. We will print 25 copies for The Pompey History Society for archiving.

MC thanked everyone for their support.