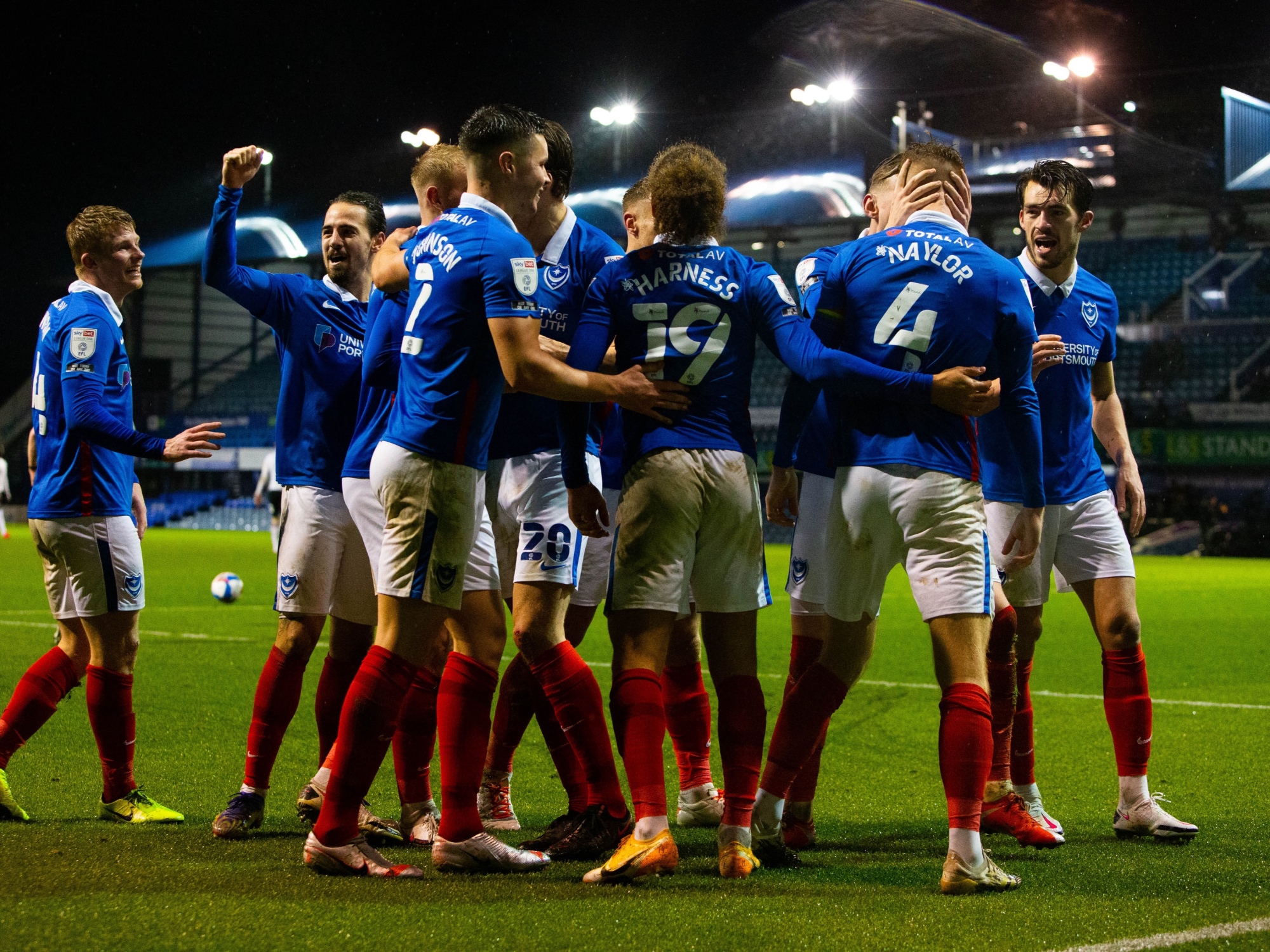 Half of the season has been and gone, but it is still hard to figure out how good Portsmouth are and if they will achieve promotion this season.

The start of the campaign was a greatest hits CD of all the failures from the disastrous play-off series defeat to Oxford United, but with a change in philosophy and formation and a united dressing room, Pompey have dragged themselves back into contention.

Kenny Jackett’s new 4-4-2 formation – which turns into a more fluid version of his old 4-2-3-1 in a pinch – has gotten the best out of his key players.

From a creative standpoint, the tactical approach has improved dramatically but some of the cracks from the previous three seasons still remain.

Two defeats in a row against promotion rivals Hull City and Lincoln City have led to sections of the Fratton faithful are doubting whether the Blues are good enough for automatic promotion.

Their angst is understandable as the margin for error seems smaller than ever; with the assumption being that playoff disappointment is inevitable.

Despite winning six league games in a row against promotion rivals such as Peterborough United, Ipswich Town and Hull City, those two recent defeats have pushed Portsmouth back down to 5th place, four points off the top two.

With the league being as competitive as it has ever been, more and more questions come up.

Has the bad start cost the side automatic promotion already? Are Pompey set up in the right way tactically? Will the side’s form just drop off a cliff and become bottle jobs in the play-offs again?

Looking at the analytics and how the side plays gives us some idea.

On the one hand, Pompey are one of the best attacking teams in the League statistically.

Due to a pressing and aggressive 4-4-2 set up and individual players such as John Marquis recapturing their form, the Blues have scored 37 goals from an xG of 33.94.

Expected goals is a metric which predicts the likelihood of a shot becoming a goal.

The model compares the shot taken with hundreds of thousands of examples to give the shot a number: effectively, it the measures the quality of the shot taken.

Even though the side are scoring above expected – more goals compared to the quality of shots taken – the margin is small enough not to be an aberration and it does make sense.

Think about how much licence the front four are given when the side plays at their best and the talent in those positions.

Not many sides have John Marquis on 11 goals and four assists, who like many Pompey attackers, has already surpassed last seasons goal contributions in half the season.

Your eyes are not deceiving you: Pompey are an excellent attacking side in the right circumstances. The difference from the bad start shows it.

Up to 17 October, when Portsmouth lost 1-0 at home to Doncaster Rovers, the side had only scored six goals from 9.21 xG – four of them against Burton when Marcus Harness carried the team to a win.

Since the formation change against Gillingham, 31 goals have been scored from 24.73 xG.

The difference between those scenarios is night and day. Changing to a more fluid and attacking formation brings the best out of Pompey’s forwards and the data shows it, they are scoring from similar quality chances because the set up allows it.

Andy Cannon and Tom Naylor being defensively responsible and pressing high up the pitch has allowed the front four to counter-attack quickly and capitalise on mistakes.

The one criticism is the front-four rarely plays through a structured midfield and defensive line, often capitalising on mistakes to score the majority of their goals.

Offensively, I trust this side, but not in certain defensive situations.

Even with the side achieving six clean sheets in a row, the defensive metrics show the Blues are not the defensive powerhouse many pundits suggest they are.

Pompey have only conceded 20 goals this season but have a worrying 28.06 xGA.

That margin is unsustainable long term and makes sense when you watch the side play.

The tendency to allow the opposition to play and soak up the pressure is the main bad habit which Kenny Jackett has instilled in the squad from day one.

After the formation change, 14 goals were conceded from an xGA of 20.51, largely due to individual errors and inviting pressure by not making enough substitutes to retain a high press.

If this margin is not closed, then automatics are a pipe dream.

Expected chances for and against are not everything but they do paint a picture of how good a side is alongside watching them regularly.

Ben Mayhew from the @Experimental361 stats account has the Blues 8th in League One if all the results were purely given from xG and xGA.

However, that graph favours unbalanced sides to an extent which have either an incredibly low xGA or high xG and not both. Comparing Crewe Alexandra and Sunderland’s positions to the current league table gives you an idea.

Overall, the analytics does answer some of the fans burning questions.

Pompey can still achieve automatic promotion despite the bad start but only with the right tactical set-up.

If Jackett responds to the analytical data, if he takes it into consideration at all, the temptation is to go back to a structured five-man midfield to plug the xGA gap.

This would be a massive mistake given how devoid of creativity the side was before the formation change.

Pompey simply have to double down on their strengths, focusing on an aggressive, high-pressing 4-4-2 which forces mistakes and rewards the hard work the players produce every week – with substitutes throughout the game to maintain control of the game and the midfield.

This is feasible as well, with the increased number of substitutes available and the new midfield options arriving in January.

Chances and ultimately points are mainly conceded when the side steps off the pressure, when the midfield battle is lost and the strikers are isolated and when the side relies on defensive stability to get results.

In theory, automatic promotion can be achieved. In practice, it remains to be seen.