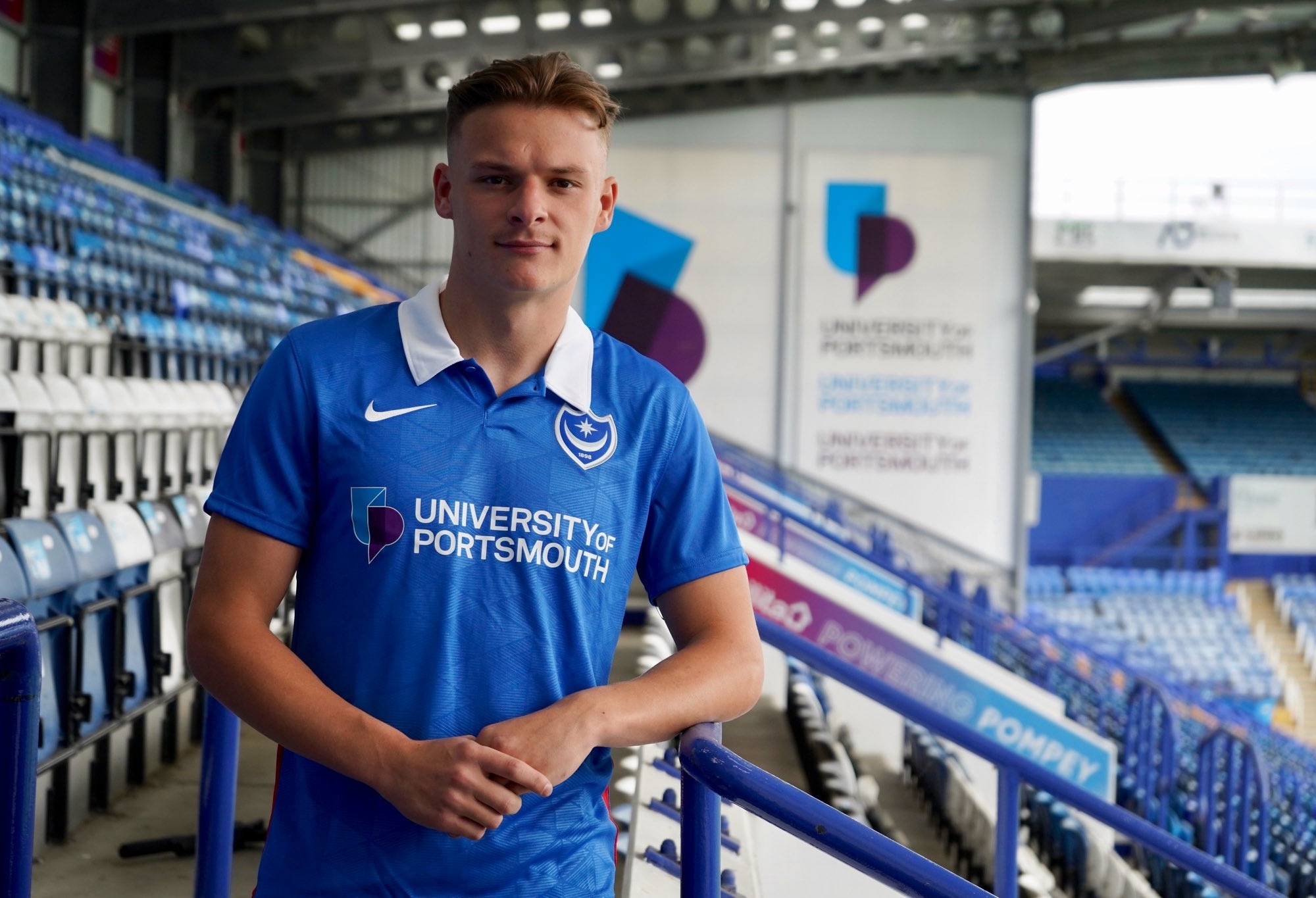 New Portsmouth signing Cameron Pring has all the tools to replace Steve Seddon, according to recruitment analyst Jay Socik.

The Cheltenham born left-back – after impressing in a 21-game spell at Walsall last season – has signed for the Blues on a season long-loan from Bristol City and will compete with Lee Brown for first team football.

Fans have been pleading for a more attacking option on the left side, after Pompey were unable to resign Seddon and the embarrassing defensive performance against Stevenage in the League Cup.

Mr Socik (aka Blades Analytics), recruitment and data analyst for Peterborough United and Market Insights, believes the 22-year-old has the attributes and qualities necessary to fill the void left by Seddon’s departure.

He said: “I think Seddon is an excellent League One full back, so it will be hard to better him.

“But certainly, stylistically speaking, Pring has much the same if not better ball carrying ability.

“He’s a strong 1v1 dribbler who attacks space well and drives forward, his cross volume was a little down on Seddon’s last season but that could be attributed to style of play. Overall, Pring is a very attacking, dynamic full back.”

Statistics from Wyscout ranked Pring as the third best left-back in League Two for dribbles per 90 minutes and in the top 10 left-backs for successful dribbles.

His movement off the ball is also impressive and has more progressive runs per 90 than Lee Brown or Seddon.

Pompey were very impressive last season when they employed a high press, with Seddon and Andy Cannon bombing up and down the pitch on the left to create space for Ronan Curtis.

Pring will have to compete with Brown for first team football though, who with his superior defensive record last season, looks to be the preferred choice so far. 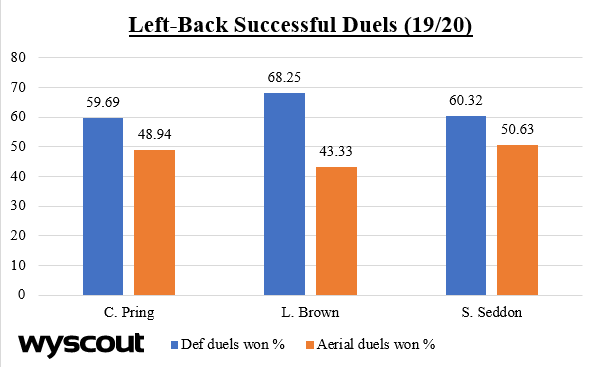 Even with this competition, Mr Socik said he’s confident Pring “can defend” and play his way into the team.

“It’s hard to 2nd guess Kenny Jackett. Pring’s a good reader of the game though, athletic in 1v1 situations and solid aerially.

“He’s aggressive too, likes to close space on his man and challenge a lot, perhaps at times at expense of a more disciplined position but he’s a front foot defender who doesn’t mind a challenge and is strong in duels.” He said. 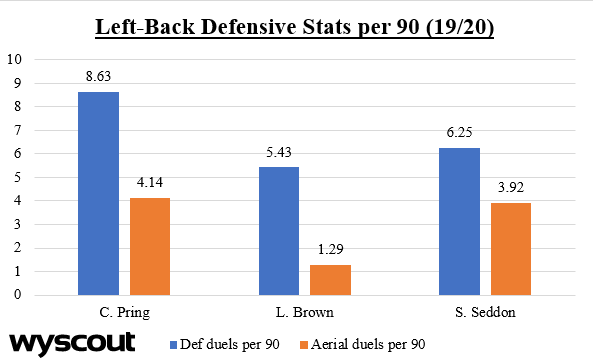 With Pring not being afraid to defend on the front foot and having a high proportion of aerial and defensive duels, he can contribute to the aggressive, pressing style of football which made Pompey look dominant at times last season.

Concerns have been raised by the fans are about his recall clause in January – with loanees such as Ben Thompson leaving halfway through a season – and if he can step up from Walsall to Portsmouth or not.

Mr Socik said Pring returning to Bristol in January was “unlikely, save a lot of injuries” and, in his opinion, the promising fullback can make the step up comfortably.

He said: “I don’t think the gap in quality between League Two and League One is as high as League One to the Championship for example, and Pring has shown in a side not dominating the division that he is more than adequate.”

“There are flaws of course, as with any player, but having seen for example the step up of Enda Stevens who Pompey fans will remember fondly I think you can see there’s some extremely talented players in lower divisions that can step up levels with ease.”

Happy Birthday Paul Downing 🎉
🍕 @papajohnsuk has teamed up with @pompeynewsnow for the chance to win a 2x pairs of tickets to #Pompey v Crystal Palace U21’s on 9/11/21.
🌟 Well done @joejmorrell @PompeyNewsNow #PompeyMOTM at @asfcofficial 👏
✍️ The onus is now on Cowley and his men to prove that the work ethic displayed at the Wham Stadium is the rule, and not the exception.