It’s a strange time to be a football fan, isn’t it? Whilst the world has been in dire need of entertainment, football hasn’t been the same game we know and love.

The absence of the fans at stadiums highlights their importance to the beautiful game. The atmospheres, the rivalries, the traditions – fans are the one true constant throughout football yet their contributions and commitments have been neglected over the years. In fact, in the EFL Supporters Survey from 2019, 84 per cent of supporters listed “the atmosphere in the stadium and amongst the fans” as their motivation to attend live football.

While managers and players come and go, fans remain until the bitter end. The club we support is not a choice, but a way of life, and allegiances cannot be changed regardless of form or league position. It’s the epitome of unconditional love. So why are fans consistently overlooked?

Fans are what make the experience so special

Think back to the last game you attended. What made the experience so special? We all have different stories. Whether it’s standing with your mates on the terrace, chanting and getting behind the team, that roar of the crowd when the ball hits the back of the net, even the sigh of frustration as that same striker misses another one-on-one; it is the fans that make it so special.

Money has been leaving the game for years, with media companies profiting more from supporters than the clubs themselves. Yet what fans really fall in love with is the experience; the experience that they play an integral part in creating themselves. With football games now taking place behind-closed-doors, we see that impact more than ever.

In fact, a study that included 191 fixtures across Europe has shown that playing behind-closed-doors can ‘effectively mean a removal of home advantage’.

Specifically, it finds that away teams tend to win 26 per cent of the time with fans, but that number is increased to 34 per cent without fans. It’s not just the experience that the fans play a vital role in, it’s matters on the pitch too.

Fans contribute a great deal to the game and yet receive next to nothing in return. The beautiful game was built upon the passion and emotion of its fans and yet over recent years has lost its soul to corporates. But it doesn’t have to be this way. 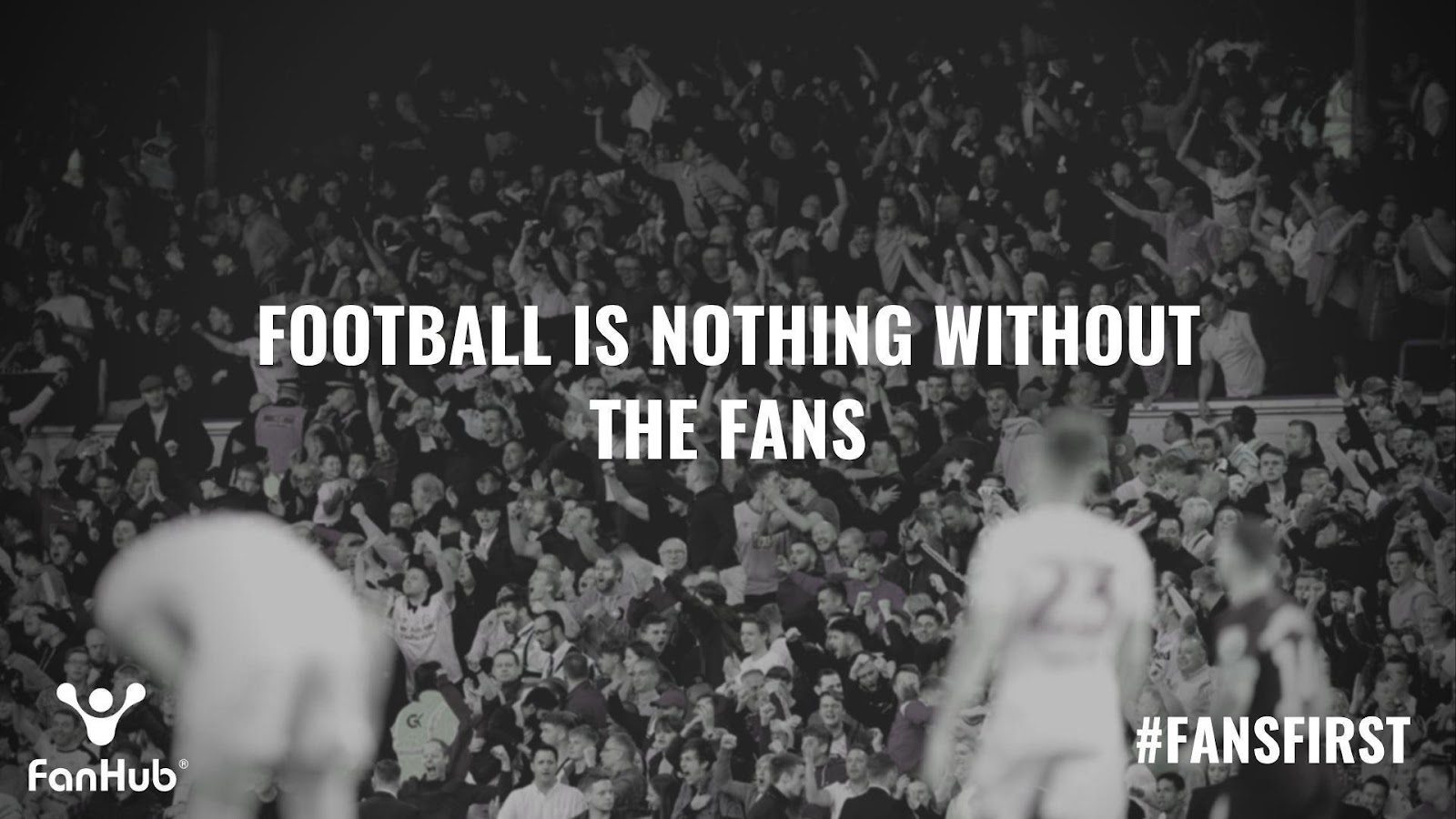 As a passionate football fan, I believe that now is the time to take action, before it’s too late. That is why I’ve been working to change things. And you can be a part of the change and come along on the journey.

It’s time that fans received the recognition and reward that their loyalty deserves. The answer? FanHub: the new fan-centric app that will recognise and reward football fans. FanHub’s mission is to put fans first – where they belong.

Your Fan Profile will track your miles travelled to games and grounds visited. It will store your line up predictions, track how many times you’ve seen your favourite player score and more. FanHub then recognises fans based on this data with real rewards. As other companies continue to try and extract value from fans, we will give the value back to them.

FanHub showcases football content created by, and for, real fans. Stay up-to-date with what other fans are saying, not the media. It also improves the match-day experience by providing you with exclusive real-time deals, making life as a fan easier and more rewarding.

We are changing the game. The free FanHub app will put the power back in the fans hands, improving the experience of supporting your club, and seeing real fans receive recognition and reward for their loyalty.

To be one of the first to earn rewards for supporting your club, please sign up for early access to the FanHub app here!

Let’s take the game back and put fans first.