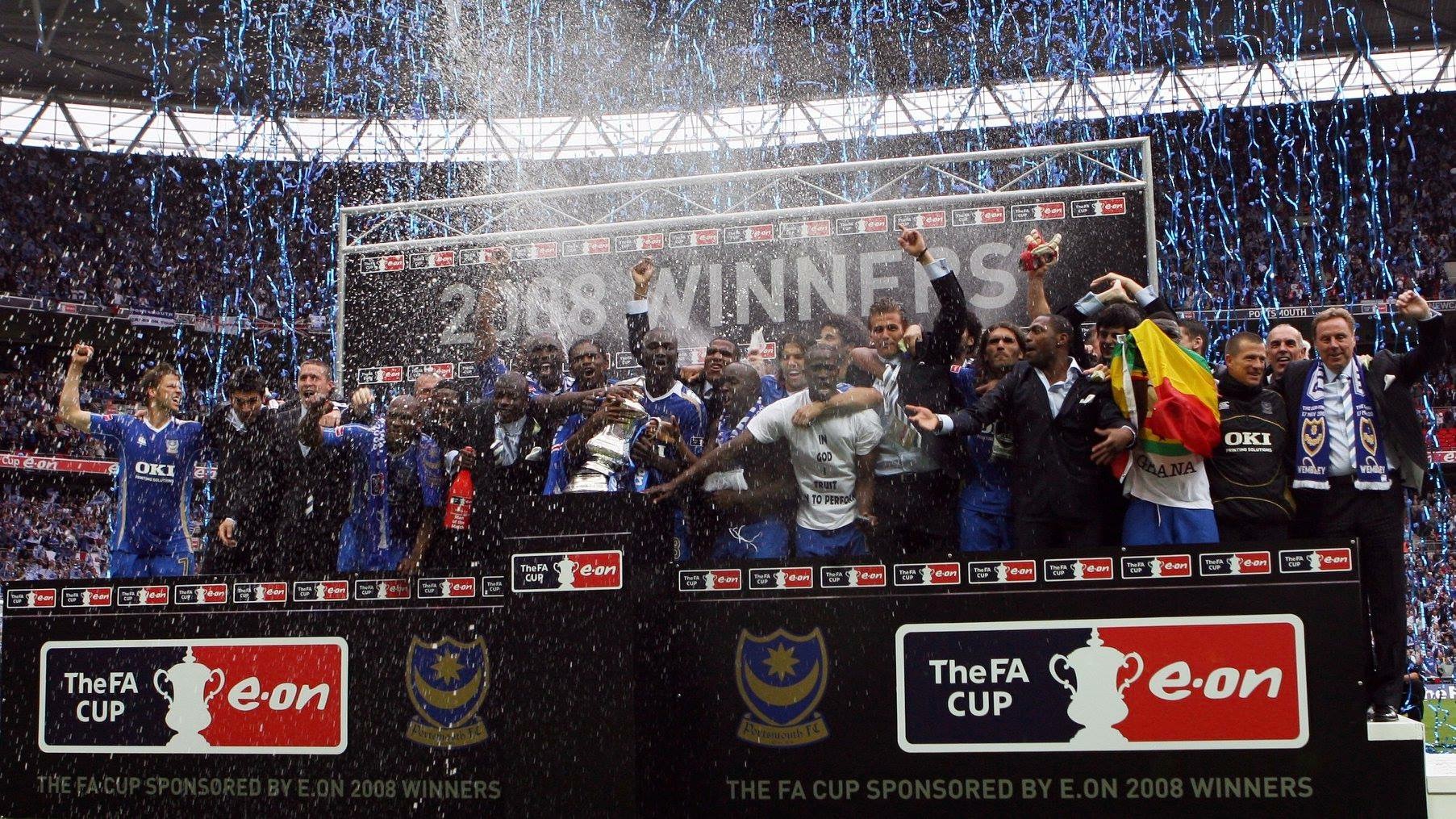 A surreal night as Pompey outplayed the seven time European champions until Ronaldinho and Inzaghi scored late on.

Wall of Noise – a non-stop chant of “Alan Ball’s Blue and White Army” lifted a Pompey team stranded at the bottom of the table to a 1-0 win over Stockport which sparked a remarkable escape.

I was just a little boy, but old enough to marvel at the brilliance of Peter Harris – a wonderful right winger as he hit all five in a 5-2 hammering of Aston Villa.

Peter Harris – the winger who scored all five Pompey goals against Aston Villa at Fratton Park on this day in 1958. pic.twitter.com/SUy1IJpk0q

Redknapp Revenge. The club Harry left behind came back to haunt him at Wembley, shocking his Spurs team 2-0 in an FA Cup semi-final. Ricardo Rocha’s finest provider.

An extraordinary day in London watching behind the goal as Pompey came from 2-0 down with five goals in 12 minutes either side of half-time. Ron Saunders scored a hat-trick.

Trebilcock grabs a late equaliser to force a replay against the double winners. Almost 40k crammed into Fratton Park with reports of around 13k travelling down from North London. @PompeyHistory pic.twitter.com/8r5QoSzEYZ

13,000 Pompey fans turned up at Anfield for a midweek League Cup game. The Kop couldn’t believe a third division team could attract support like that. The ticker tape welcome was amazing.

Promotion. After the club’s near-death experience and four years in the basement, this was very emotional. Like an escape from intensive care.

Promotion to the Premier League. We were 33-1 outsiders before the season, but blitzed it. Wearing snazzy gold, 5-0 winners Pompey even got clapped off the pitch at Millwall.

Seeing Pompey win a FA Cup Final was always a dream which I never thought could become reality. So when Sol Campbell went up to lift the FA Cup, there were tears in my eyes.

Ian Darke’s Top 10 was originally published in the programme for the Life & Chimes October 2017 event in aid of Pompey In The Community and the Oakley Waterman Caravan Foundation.