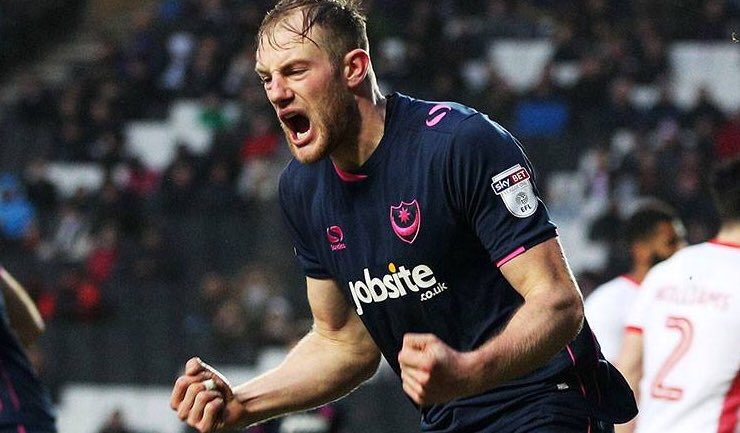 Into its second year, the #PNNAwards 17/18 Twitter polls returned the following results:

Player of the Season

Mark Catlin on Matt Clarke: “It would have to some sort of astronomical offer that I just can't imagine coming. You can never say never of course, but we're desperate to keep hold of our best players.” #Pompey pic.twitter.com/zuwP12Mvt3

Goal of the Season

Watch all of the four shortlisted goals of the season below.

All of Brett Pitman’s goals from 2017/18 certainly worth another viewing.

Pipped at the post, nevertheless top work from the clubs’ media team to bring Pompey fans the latest official news from Fratton Park.

Fans’ Media Production of the Season

Ian Chiverton said: “If we knew interviewing a drunk guy in the Crook would win us an award we would have done it earlier! Thanks to everyone who listened in this season. We are pleased our tin pot outfit appeals to so many. Play up Pom.P.”

Radio Station of the Season

The passionately Portsmouth team take the kudos for the second season running – well done Niall McCaughan, Martin Hopkins, Alan Knight, Dave Bowers, Dan Shaw and the rest of the back room team and guest co-commentators through the season. Watch the Football Hour Fans’ Forum held on the 8th May below.

Andrew Moon and Guy Whittingham were the usual pairing for the vast majority of the season which provided Pompey fans outside of the Express FM signal (or perhaps through choice) with match commentary. Good coverage from the BBC team overall.

An excellent BBC documentary was compiled to celebrate the 10th anniversary of Pompey lifting the FA Cup. Worth a listen here.

Fans’ Website/Forum of the Season

POL win again – if you’re not already enrolled, access can be requested here.

Pompey fan Steve Bone regularly writes for the Fans Network, his end of season article can be read here.

Home Performance of the Season

A massive 91% voted for the Blues’ win against Paul Cook’s Latics. Great win and superb atmosphere at Fratton Park.

Away Day of the Season

Brilliant away day at Charlton with some great people and Jake's finally seen Pompey win away 🙌🏼 pic.twitter.com/c1DnvL42N5

That was 2017/18! Thanks to everyone who voted in our Twitter polls.

The play-offs were to be just out of reach, nevertheless overall a decent season for Pompey.  Next season won’t be any easier, although Blues’ fans will be looking for a push into the play-offs.