“It’s suppose to be our big day” whined the Charlton youfff on Twitter.

Regardless of sell outs, it’s always my belief that you can always find a way to watch Pompey. Fortunately we managed to get tickets in the away end, however I did imagine my tickets would be in the first batch after I queued for two hours bang on 10 o’clock on the sale date.

To be honest though, I couldn’t care which batch we were in. I was just chuffed we manage to go on a day that will live long in the memory.

I didn’t actually have hold of my tickets until the day of the game. I had sent them to an alternative address of mine where I crash after boozy nights in Southsea, I’m not rich it’s my Mummies house.

Up Saturday morning at 07:00 after a night on moonshine to meet at Fratton train station for 08:24. I was praying that Tom remembered the train time and the agreed plans as I had mislaid my phone from the day before.

Happily though he turned up on time ready to board our train on the freezing cold platform with the other hundreds of Blues fans making the trip up.

Coors cans in hand we managed to find a nice booth on the train for just us two at the front, relatively quiet unlike other carriages.

I felt for the poor Dad that was getting abuse from his wife and daughter for “stupidly booking train tickets on the day of a football match”. I wouldn’t have been surprised if he packed his day trip in and came and joined us at the Valley.

45 minutes later we hopped off at Guildford, ready to meet up with the final musketeer of our trio, Chiv.

It’s becoming a regular meeting point for away days now as we tend to have a breakfast at the Spoons and a beer just outside the station. After an hour or so of munching on sausage and beans we finished our pints, and headed back to the station with multiple Metros in hand for tickertape, ready to enter London. 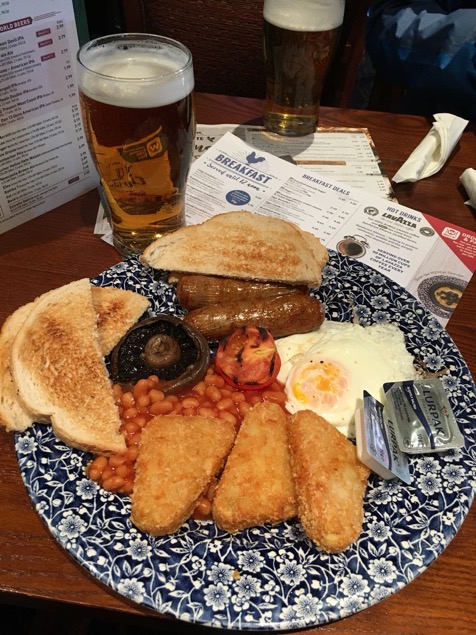 I’d researched pubs near Waterloo prior to our trip and was adamant that there was another Spoons just over the bridge, north of the Thames – which was true.

My only one downfall of my plan was I didn’t know which bridge, so we headed for the one that the death eaters blew up in the Deathly Hallows and prayed we could find a boozer.

10 minutes we walked with no luck. Every bar we passed was shut, obviously their trade was in the later hours of the day, but with a bit of persistence we encountered the Princess Of Wales up a cobbled street in the middle of the Big Smoke.

I can’t remember the price of a round in there however it was f****** dear. As a result of the London pub rate we used our brains and decided to sneak our left over cans into our empty pint glasses. 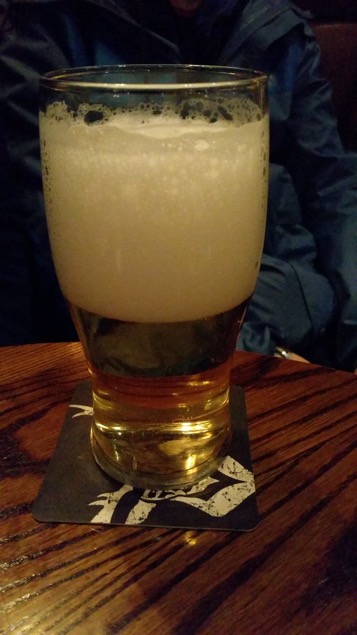 It’s safe to say we couldn’t pour the pint that well under the table in our mission of stealth. In the words of Chiv and Tom “That pints got more head than Sam’s had all year”.

I ran like Jamal Lowe. Chiv ran like Brett Pitman. Tom ran out of breath. That being said we made it on time to the platform at Waterloo East to find out the train was delayed, so we ran for nothing.

You could hear the Blue Army on the approach to the platform. There must have been a few hundred already queued for the train in full voice.

Again we found a booth on the train next to a lovely young lady who I could tell immediately fancied me like a vegetarian fancies a bacon burger.

My chances of chatting her up were dashed when at London Bridge station more Pompey fans boarded in high spirits which prompted her to plug her headphones in, not that I think they would have blocked out the noise.

According to a female Charlton fan I have a voice like a fog horn when I sing, compliment?

20 minutes from Waterloo we arrived at Charlton, where you could tell the Met where on overtime.

Just a short walk from the station and one turn left down a residential road you could see the Valley, as well as on going club turmoil which many Addicks fans try to forget. 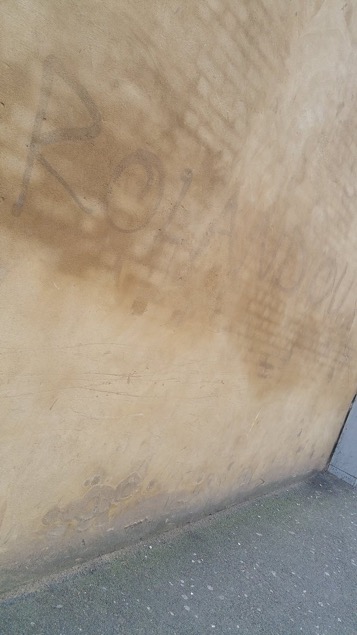 A quick piss down an alley and then we were in.

If it were blue, you’d happily call it home.

Didn’t do the ground justice to be honest. Relatively small and quite scruffy. 6.5/10

I’ve wanted to visit the Valley since I was a young boy* however the pissers and the food kiosks let the place down. £4.20 for a hotdog and £2.10 for a bottle of water.

The prices failed to damage my good mood. Once in our seats we realised you couldn’t see the goal line in front of us at all as the stand wasn’t steep enough.

I’ve got very little respect for the Charlton fans that were at the game as they’re not helping their club revolt against the owners.

Blackpool’s fans don’t turn up. Charlton do. I respect the Tangerine fans. What makes it worse for the reds is their stupid f****** clappers that needed to be rammed somewhere.

I for one was very happy with the starting XI however after the first half it’s safe to say Chaplin doesn’t deserve to start again next week.

I was extremely worried with the space Charlton were given on the wings. But Brandon and Nathan dealt with Holmes and Marshall when they were supported by their wingers Lowe and Evans.

Key points for me:

What an atmosphere created by the Pompey fans though who also did themselves proud by not taking shit from a bunch of Year 10 Addicks supporters who gave it large but left looking small at the end of the game.

Especially one who was scooped off up the pavement by his girlfriend after being floored by a Seasider.

Don’t start what you can’t finish you little f****.

*Younger than I am