A year ago, the brave decision by a handful of former footballers to speak out about the sexual abuse they suffered as children shone a light into football’s darkest secret.

The Offside Trust, the organisation established by survivors for survivors is providing guidance and support throughout the healing journey.

This weekend, survivors from the Offside Trust will be hosted by Pompey at the Sky Bet League One match with Plymouth Argyle.

The Offside Trust ambassadors visited Pompey’s training ground ahead of Saturday’s game to meet current players. On Saturday, a number of survivors, including a few that have not stepped forward before, will be special guests at the game. 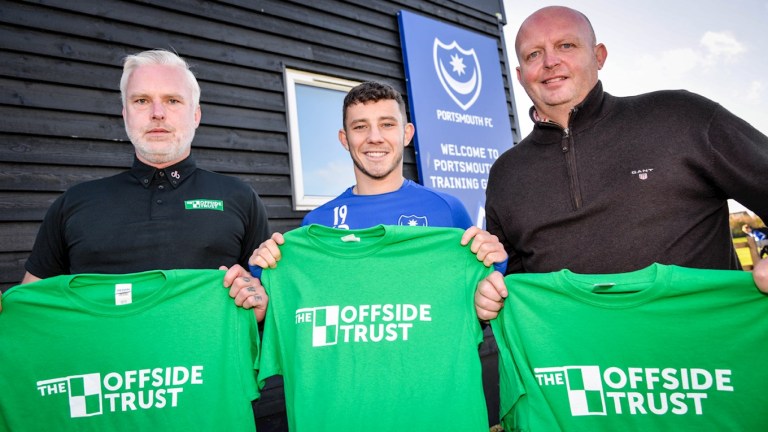 Both teams will be sporting the Offside Trust logo during the pre-match warmup and details of the Trust’s work will be covered in the matchday programme.

Steve Walters, director and co-founder of the Offside Trust said:

“We’re grateful to Portsmouth FC and Plymouth Argyle for giving us the platform to publicise our work this weekend. I’m from Plymouth and we’re working with several former players from the South Coast like Dean Radford, Billy Seymour and Micky Fallon, so the Offside Trust has close connections with the area. 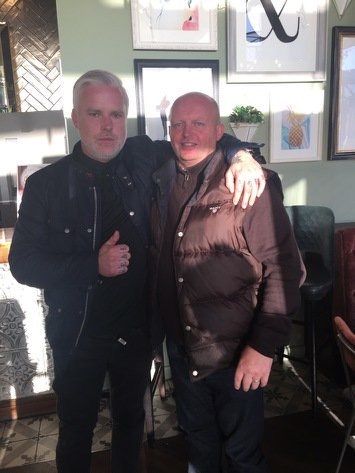 Former Southampton Youth, Coventry City and Millwall Billy Seymour with Lee Smith who played for Pompey Youth between 1988 and 1991.

“We are thankful to both clubs and especially to Colin Farmery, the Head of Safeguarding and Inclusion at Portsmouth FC who has supported us in so many ways.

“Occasions like this allow former players to meet in a comfortable and familiar environment. The support that we can give each other is really powerful and plays a key role in our shared battle to come to terms with our past.

“Just as importantly though, it gives us the opportunity to raise awareness amongst players, officials and supporters of making sport a safe environment for children and allowing other survivors from grass roots football to seek support. 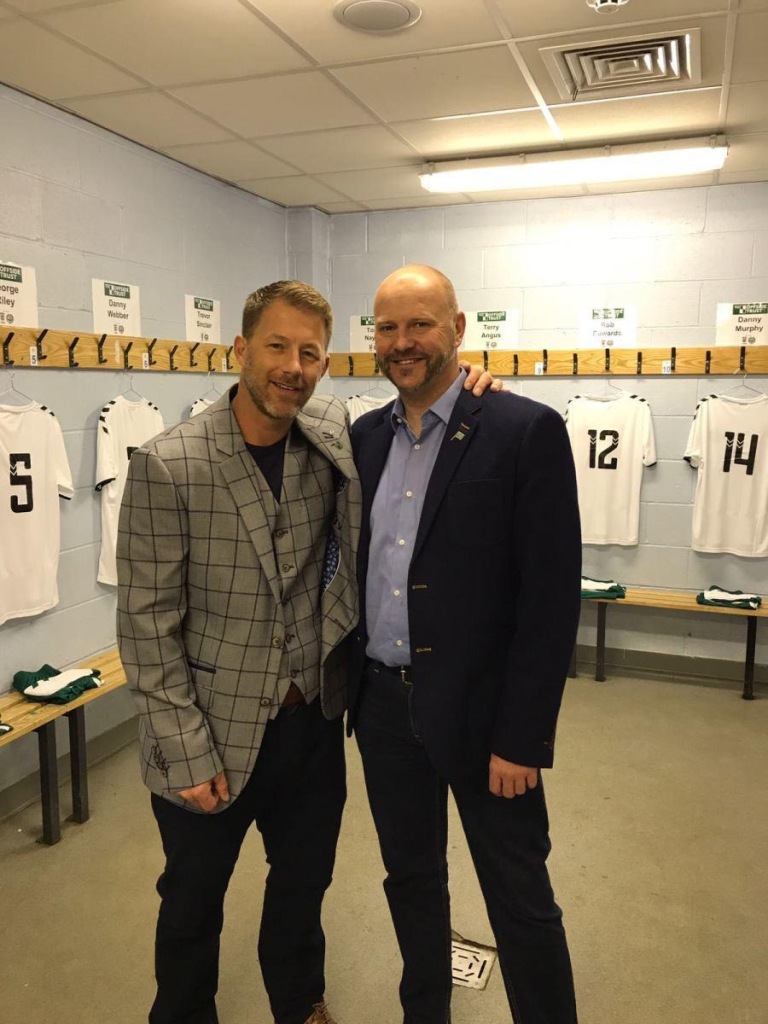 Founders of the Offside Trust Steve Walters and Chris Unsworth

“2017 has been a year that will never be forgotten by everyone involved in the Offside Trust and the football world. Thanks to the hard-work and commitment of so many people, we have been able to raise the profile of the issue and break the silence that existed around this previously taboo subject.

“We would encourage anyone who has suffered child sexual abuse in sport – whether as ex-professionals or grassroots junior players – to contact us in confidence through the website.”

In the last 12 months the Offside Trust has worked with dozens of survivors and helped them to access the support and advice they need.

The Trust has received support from former and current professionals across many sports and a celebrity football match in August, supported by the FA and PFA, has helped to raise awareness and funds to enable the development of Survivor Support Toolkits which will be launched shortly.

The Offside Trust has been supported in 2017 by football legends such as such as Robbie Fowler, Andrew Cole, Neville Southall, Colin Hendry, Matt Le Tissier and current players Jordan Pickford and Jay Rodriguez. Celebrities including John Bishop, David Morrissey and Ralf Little have also spoken out on behalf of the Trust.

For more background information on the Offside Trust, their work and how you can support them, please follow them on social media and check out their website.

🧐 Is Promotion Achievable?
😩 A blow for #Pompey - Jayden Reid has ruptured his cruciate knee ligament and faces a lengthy spell on the sidelines
9 trialists in total featured in tonight’s 2-0 defeat at Chelsea U23’s.
#Pompey starting XI at Chelsea U23’s: