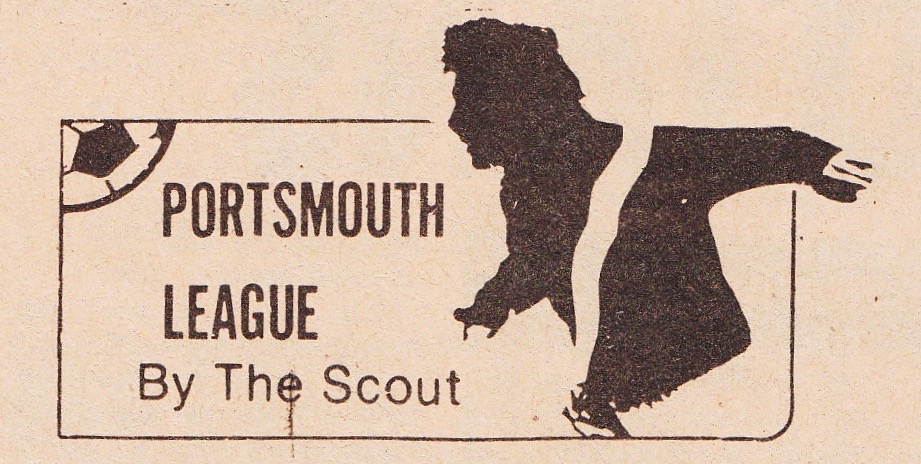 Probably most local players enjoyed a visit to the Civil Service ground in Copnor Road, now the home of Roko and Pompey’s Training Ground.

It boasted some of the finest playing surfaces in the City alongside Eastney Barracks and the Gas Company Ground at Tipner.

Another plus factor was the availability of a pint or two as the bar opened after the games finished. Players from other grounds in the vicinity all gathered there to exchange banter.

Les Jones, the league secretary and Roger Langdown, league treasurer, went to watch out of town clubs like Clanfield and Hayling so they brought back information on the games they had watched.

Portsmouth Civil Service had been going for many years, emenating out of the demise of Kingston Old Boys – the team of the 50s and 60s who dominated local football with players like Mal Ferret, Charlie Tiller and Sid Warrington to name a few. 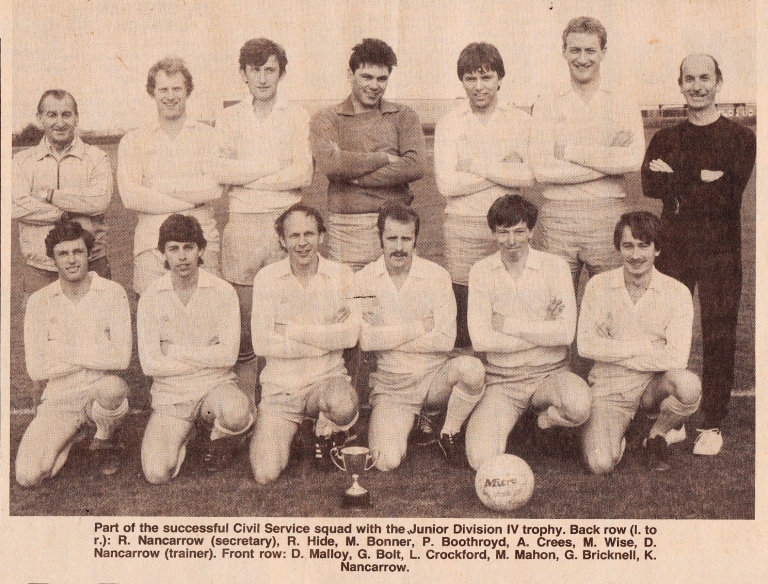 When it became Civil Service, the Nancarrow brothers stayed together with Ron being secretary and manager. David ran the line with Cyril assisting him. There was another brother – Bill who never played but became a class one referee.

At one time they had a young Mick Catlin playing for them, a very fine prospect who I first noted when he was playing lads football with Travaux. He went on to have a good career playing for teams such as Andover, Waterlooville and then stayed nine years with Gosport as assistant manager and coach.

When the club looked like folding they merged with Old Purbrookians, themselves a fine club with players such as Owen, Shaun and Paddy McCartney, Shaun and Carl Malcolm, Terry Potter and Frank Bonner among their ranks.

Old Purbrookians had just been crowned Senior Division champions before this merger. The down side to them joining together meant the League lost another club.

I must mention referees, without them we wouldn’t have a game!  We had some excellent officials – Paul Scoble, Mick Pierce, Rob Styles and Alan Robinson.

The last three all officiated Cup Finals at Wembley with Styles famously going on to achieve Premier League status.

Ron Dix, Pete Helsby, Pete Hancock (Tonto), Lou Stephenson and Neil Hawkins, the list is endless, apologies to those I failed to mention.

It became a very hard job in latter years as violence tended to rear its head and the disciplinary panels headed by Len Wilson and Buster Gordon began to find the number of serious offences were definitely on the the increase.

It seemed that heavier fines and suspensions had little effect. Such a shame because that could have been the reason clubs were folding as they would be without key players at vital times.

The panel that included Derek Jefferson and Bryan Shaw, from the Portsmouth Saturday league, used to meet at the Trade Union offices, Copnor Road. Some hearings would end up finishing after 10pm,  with cases often being heard in two rooms.

Later all cases were dealt with at the Hampshire FA offices in Southampton, so not many players asked for personal hearings and they accepted the charges without appeal, thus avoiding the 50 mile round trip.

🧐 Is Promotion Achievable?
😩 A blow for #Pompey - Jayden Reid has ruptured his cruciate knee ligament and faces a lengthy spell on the sidelines
9 trialists in total featured in tonight’s 2-0 defeat at Chelsea U23’s.
#Pompey starting XI at Chelsea U23’s: