This week I am going to feature two clubs who had been around for a long time – St Luke’s and Hillside.

St Luke’s had a long history going back further than when I had begun writing this column in 1975. They were definitely around in the 1950s because I remember playing against them in 1958.

They always seemed to attract a classy sort of player. Mal Rimmer was a free-scoring centre forward who immediately comes to mind. He represented the league’s select side on numerous occasions. I even recall him playing in goal and making superb saves on one occasion.

In goal was Mickey Webb, whilst at the back was Colin Brooks and Chick Tiller. The Terrill brothers were always among the goals, Dave Hocken and Mark Wiltshire were strong in midfield together with Ashley Watts and John Finch. Mick Wicks and Chris Pitt were other names that gave sterling service to the club.

The other club to have a history of star names were Hillside, which were formed as a boys club by Ernie Littlefield. 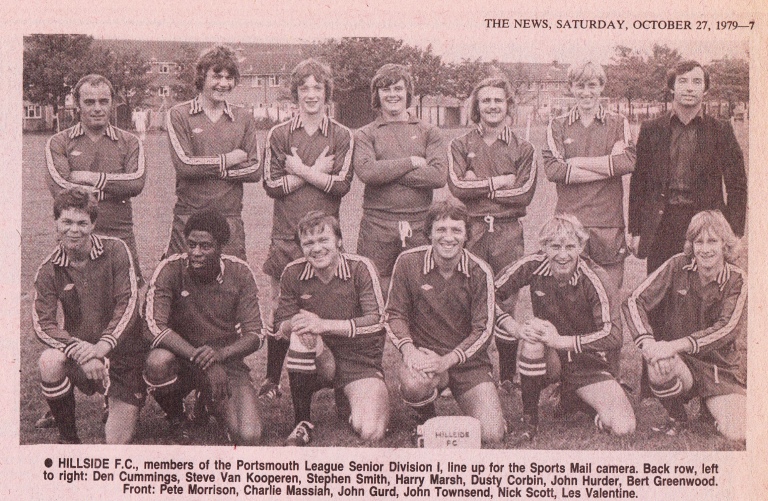 This club from the northern slopes of Portsmouth produced a whole array of talent from Ernie Bradwell who went on to play for and manage Waterlooville in the Southern League,  to Eric Cripps, Freddie Phillips, Kenny Briant, Denny Brooker in goal, Bert Greenwood who later went on to be an excellent referee. The list was endless.

These players were followed in later years by a new generation of talent. The Littlefield Brothers, Steve Van Kooperan in goal who also turned out at centre forward, Johnny Hayes and Matt Benneyworth, Graham Jopling – a pacy winger – Dave Sinclair and Billy Clarke.

There was also the Drackett Brothers and Charlie Massiah. One of the youngest players to turn out for them was Kevin Russell who was only 15 years old when he came on as a sub. He left Portsmouth after four first-team games to have a distinguished career with Wrexham, Stoke City and Leicester.

Russell ended his playing days by moving into coaching as assistant manager to Darren Ferguson (son of Sir Alex) at Peterborough United. He is now a youth-team coach at Stoke City.