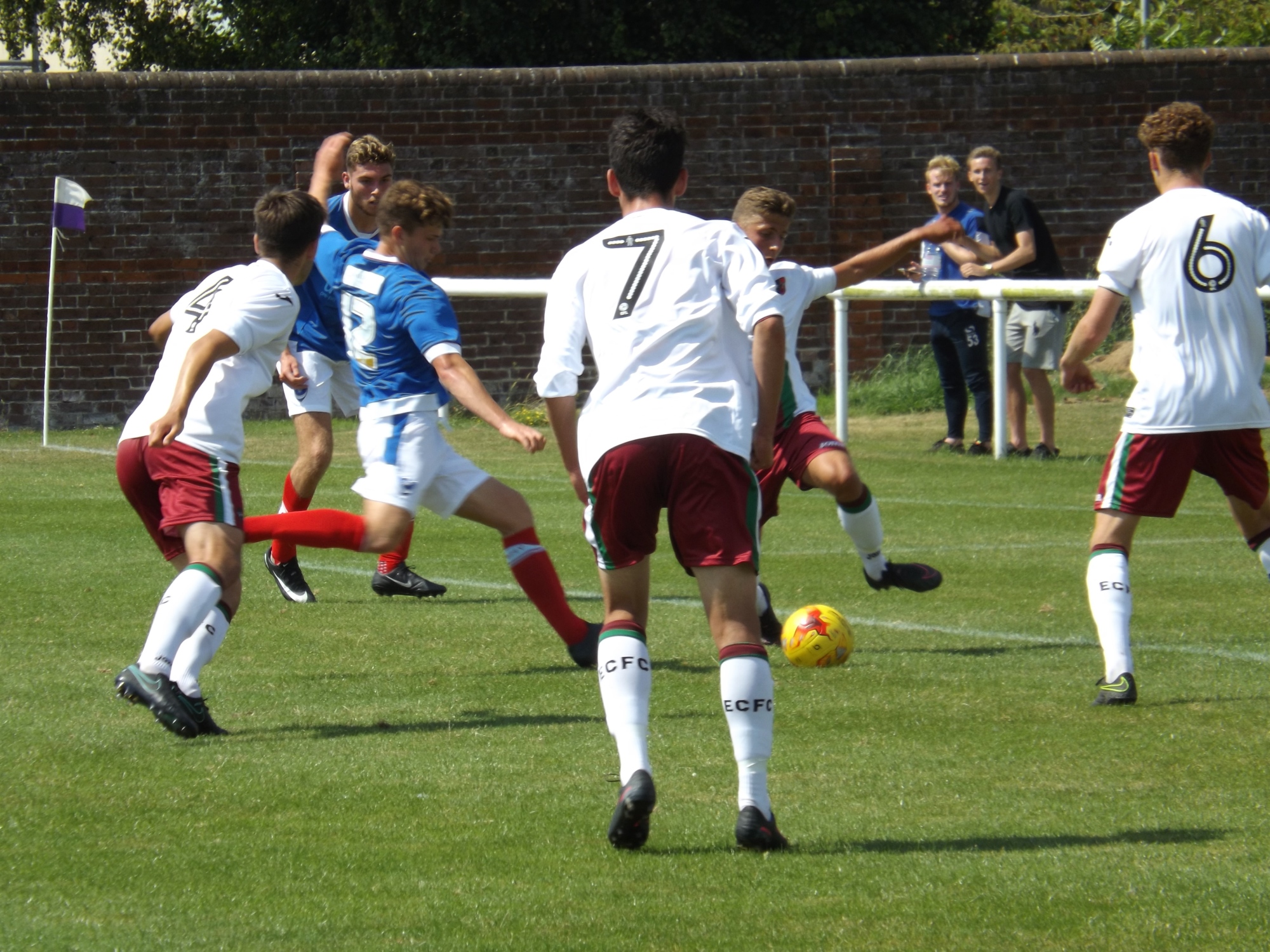 In the league, a disappointing result after the Blues’ had led 2-0 with goals from Tommy Scutt and Dan Smith, but one which coach Mikey Harris said the team would learn from. Speaking to the club website he said:

“You’re always going to be disappointed not to win when you’ve got such a commanding lead. It’s a learning curve for the boys because when you’re 2-0 up at home, you should be able to see the game out. That has given us something to work in training and hopefully we’ll be better for the experience.”

Fast forward to Tuesday and it was the turn of the Blues’ to dig deep to overcome a half-time 2-0 deficit at a hot Furze Lane against Exeter City in Round 1 of the EFL Youth Alliance Cup.

A sparking second-half team display saw Pompey hit four goals to sail through into Round 2.

Theo Widdrington started the comeback converting a corner at the far post, before levelling with a shot which smashed into the back of the net via the post.

With their tails up, the Blues’ sensed victory and shortly after, Matt Mayes netted from a loose ball in the box to make it 3-2.

Matt Mayes put the tie beyond doubt with a header from a Theo Widdrington free-kick to seal the win. 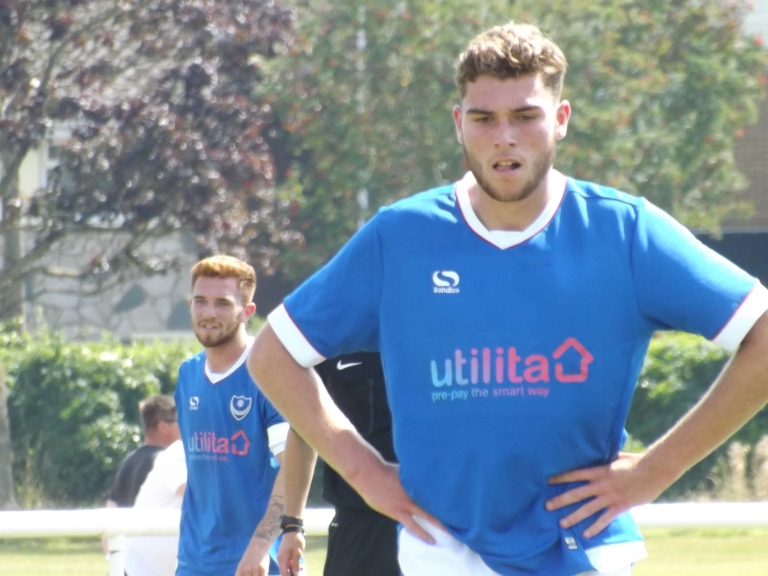 “It was a contest between two good attacking sides who were trying to score goals – a proper cup tie.

The message to the boys at the break was to build on the flashes they had shown us, relax a bit and play with more freedom.

They took that on board and we were much better in the second half – it’s amazing what a shot of confidence can do.”

You can view photos from the cup win here.