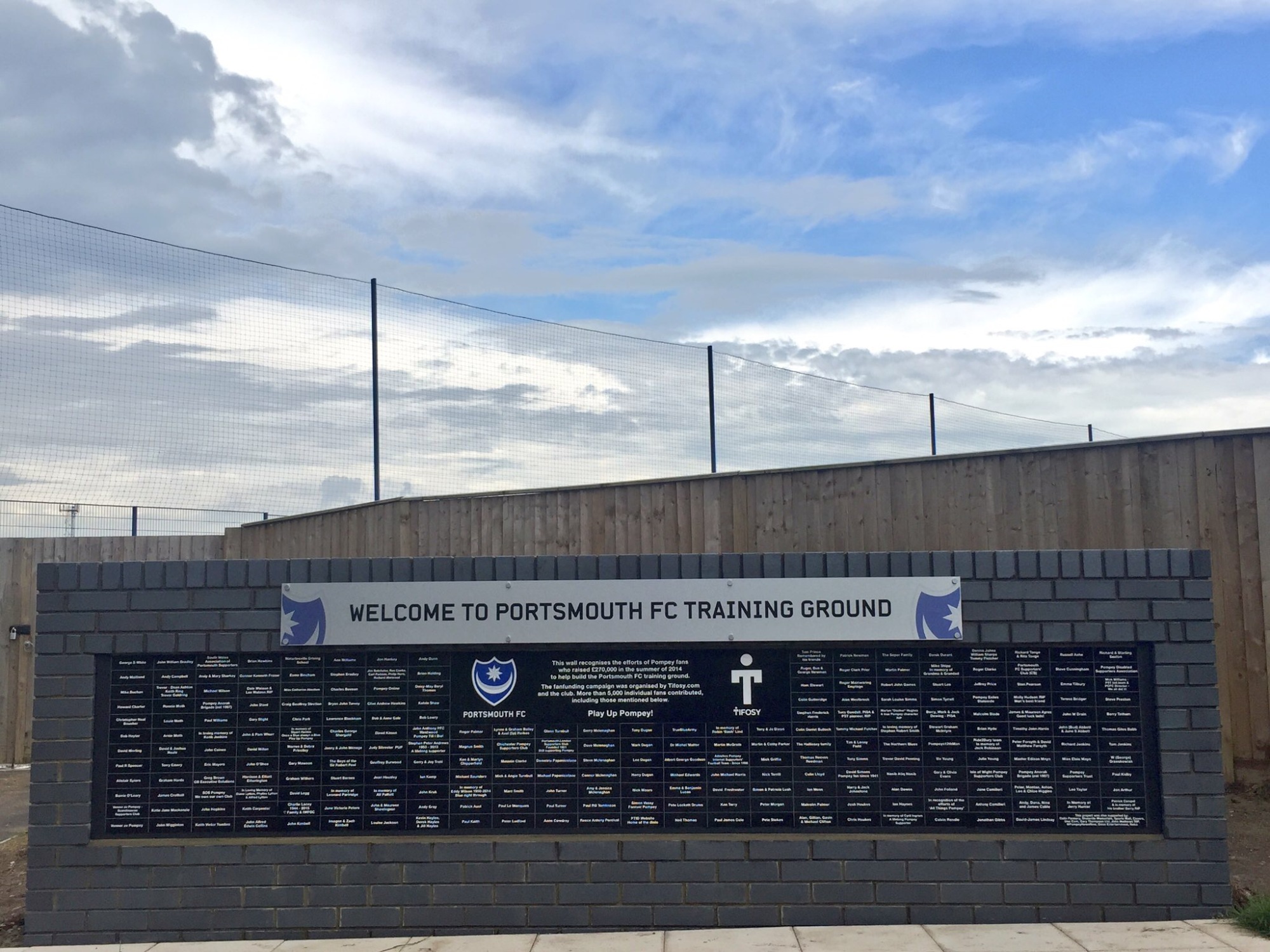 With Pompey returning to training this week, Zoe Rundle previews the 2016/17 season as our series of pre-season blogs continues.

With the new season fast approaching, preparations in Cook’s camp are well and truly underway. In this season preview, I plan to assess our strongest assets as well as the areas we must improve upon if we’re to emerge satisfied and successful in early May.

The pairings at the back proved to be one of our strongest positions last season and it looks set to remain that way going into 2016/17. With the capture of Matt Clarke, who featured 29 times for the Blues and netted once in a 3-0 home win over Crawley in the previous campaign, Cook can now look to strengthen in other positions just as he has here.

Despite longest serving player and academy graduate Adam Webster being sold to Ipswich as part of the deal that saw Clarke come the other way, our other young defensive prospect, Jack Whatmough, will be firing on all cylinders and looking to impress after an injury stricken 2015/16.

Additionally, with Christian Burgess having been a formidable part of the starting eleven last season, winning man-of-the-match on numerous occasions, fans can surely rest assured of another solid season from him.

Central midfield is a position that Portsmouth have filled with talented players and don’t really need to strengthen any more than they have done so already. Michael Doyle was the rock of last season’s team and pulled the squad through those matches we desperately needed to win. Who could forget that thunderbolt at Accrington on a cold Tuesday night and his display of leadership in the play-offs against Plymouth.

Cook has already brought in Danny Rose from last season’s Champions Northampton, with the midfielder turning down a new contract at the Cobblers in order to come down South. The 28-year-old has a wealth of experience in League Two after having also turned out for the now promoted Oxford United so the Blues look to have done well to secure his signature.

Fans are also waiting on news surrounding Danny Hollands who is yet to sign a contract extension with the club. The former Bournemouth man played alongside Doyle for much of last season but talks look to have been put on hold for now. However, with pre-season beginning again this week, there should be a clearer idea on whether a new deal can be finalised.

For the first time since Steve Cotterill in the 2011/12 season, Portsmouth will enter the new campaign with the same manager that began the last. One aspect that we have learnt from last year is that consistency is key and with any luck, maintaining the same coaching staff for a second successive season should benefit results on the pitch. Not only will players have got used to Cook’s playing style, but they’ll have developed a relationship with him off the pitch with there now being little uncertainty.

Furthermore, the bulk of players at the club will generally be the same as last season, with Webster the only one to leave as of yet besides those that were released. Star players such as Gary Roberts, Kyle Bennett and current Pompey Players’ Player of the Season Enda Stevens will all remain at Fratton Park for at least another year, meaning that their bond on the pitch with one another will only get stronger.

There are a lot of fans out there who would argue that the situation between the sticks was the biggest problem for the Blues last season … I am one of those fans. There was no firm Number One, with five different keepers starting at least one game for Portsmouth throughout the course of the season. Injuries were what contributed the majority of these dilemmas, with it getting so problematic by May that we were left to sign Ryan Allsop from Bournemouth on an emergency loan just three hours before the first play-off leg.

With no keeper on the bench for either encounter against Plymouth, it was an agonising watch. Brian Murphy, who played 21 times for Cook’s side last season, has been released ahead of the 2016/17 campaign leaving just Paul Jones and Alex Bass, the latter of which has yet to make a first-team appearance for the club. It looks as though we will need to recruit one more in order to cover ourselves to ensure there is no repeat of last year!

There is still uncertainty surrounding a couple of players and new contracts. As mentioned, Danny Hollands’ future is still unclear but Ben Davies also has his contract up. The former Sheffield United man has turned out 43 times for the Blues in just his one year down South thus showing how crucial he was in last season’s campaign.

Moreover, with the recent signing of fellow right-back Drew Talbot from Chesterfield, Cook’s former club, fans should perhaps be a little worried that no deal will be resolved for the 35 year-old, who probably only has a couple more playing years to his name.

There are also still questions over whether our 2015/16 top goal-scorer will be returning. Cook has made it quite clear that he would welcome back Marc McNulty with open arms, however the signing of Michael Smith, who also endured time on loan at Portsmouth last season, does leave doubts surrounding the Scotsman.

Call me crazy, but I can’t see anything other than automatic promotion next season! The play-off agony will still be fresh in the minds of Cook and co., with the squad more determined than ever to achieve what us fans deserve. We’re strengthening in the right areas and bringing in players that have played at a higher level than League Two so don’t be surprised if you see a Northampton-esque season from the Blues in 2016/17!