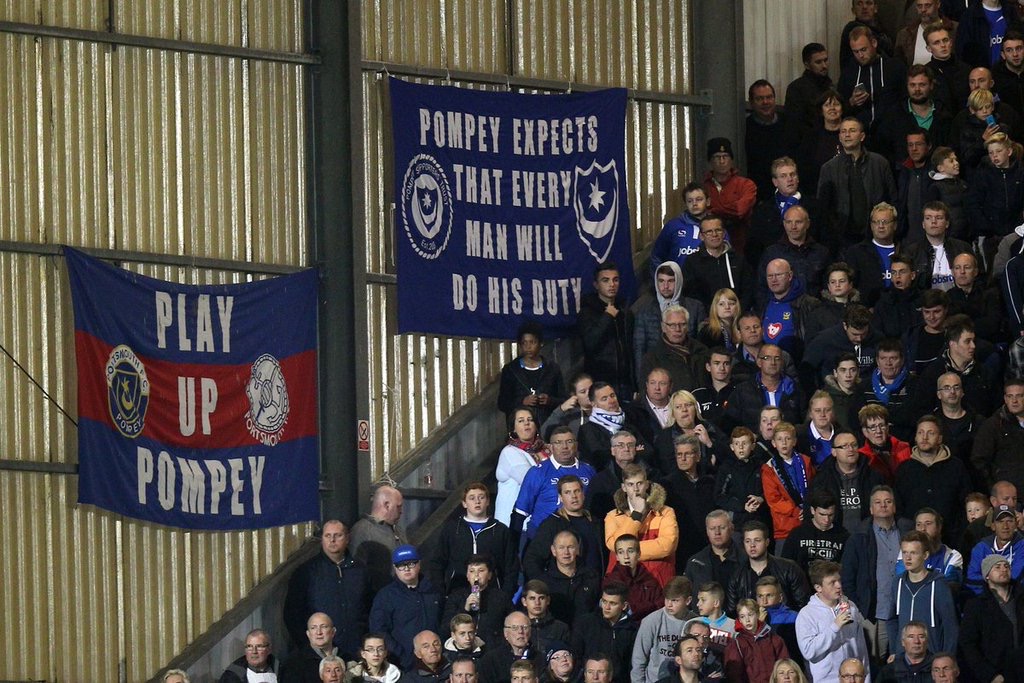 Neville Dalton with his thoughts on the 2015/16 season for Pompey. Want to share your blog here? Get in touch via pompeynewsnow@gmail.com.

Paul Cook failed. By his own admission he failed.

Time and again, virtually from the day of his appointment as Portsmouth manager, he insisted he was here to win promotion and that nothing less would do.

Despite having a pretty big budget, the luxury of a proper pre-season that many of his recent predecessors were denied and a following that many Championship clubs would envy, Paul Cook’s Pompey could not make one of the three automatic promotion places.

In fact, they finished three short – and were then knocked out at the first hurdle in the play-offs, missing out on a bonus shot at League One. But having failed the task he set himself – and which many of his signings echoed when they joined our “big club” – he proceeded to graduate from his first year at the Pompey helm if not with honours, then certainly with credit.

And with a few changes to his approach and outlook, I share the general view that he is undoubtedly the man to take Portsmouth Football Club forward.

Inevitably, the events of that fateful Sunday, when Pompey crashed out of their play-off semi-final to yet another injury-time goal, devastated supporters – and quite possibly some of the players, too.

Luckily, the realism that prevents me getting carried away by Pompey’s excesses at either end of the table stood me in good stead, and I was able to take the defeat calmly and with pretty much good grace, despite still fuming inside at their victors’ antics in their two Fratton Park appearances this season.

But more significantly, I didn’t view the play-off knockout as an especially big blow. To me, it was not their one and only chance to get out of this dismal division.

I believe this first season under Cook has helped build a platform for future success, and barring a disastrous turn of events (which given that we’re talking about Pompey cannot be ruled out), I fully expect us to be challenging even more competitively for one of those promotion spots next season. And if not then, the following year.

That’s the measure of what Paul Cook’s “failure” has none the less achieved.
Pompey’s play-off defeat was less a missed opportunity than the groundwork for a more determined assault on promotion next season.

Not that we should think that everything in the garden is rosy, or that we can afford to relax. Portsmouth supporters’ blind faith in the new manager seemed on occasion to have blinded their judgment, too.

For the first third of the season, Pompey played an unfamiliar ultra-patient passing game that produced mixed results. We were thereabouts, to paraphrase modern parlance.

But in so many ways we were not really there. I found those opening months watching a poor man’s tiki-taka thoroughly boring. Don’t get me wrong. When it comes to neat, passing football, I’m at the head of the queue to view.

As my tastes have matured over the years, I’ve come to appreciate the beauty of football played the proper way and would choose a well-worked passing goal over a 40-yard screamer every day of the week (although Michael Doyle, that volley came pretty close to changing my mind!).

But Pompey’s “tiki” was more “sticky”. Yes, they usually managed to pass the ball to a team-mate, but not in areas to hurt their opponents – especially those who defended deep and with numbers.

And the passing was so slow, so deliberate, so telegraphed, that any coach with nous could devise tactics to deal with and nullify it – and many did.

Hence Pompey’s pretty average home record for a team that ended up in the play-offs – just two wins more than 20th-placed Crawley Town and two points worse than we achieved under Andy Awford and co last season. There was too much precision and not enough incision.

I shouted it from the rooftops (well, social media) but few seemed to agree. The players looked so scared of misplacing a pass that they took their time before delivering, like a snooker player lining up his shot time and again.

And by the time the ball was finally dispatched, opposition players were back in position or actually intercepting the pass. Fans generally were impressively patient.

But Cook seemed to detect the frisson of discomfort starting to emerge. He acknowledged publicly that supporters might not yet be convinced, initially reassuring them that it would come good eventually and then virtually pleading for patience.

And then something changed. It was around the time of the York City game, when Pompey had performed reasonably brightly in the opening half before exploiting the sending-off of Jonathan Greening in a goal-filled second.

Passes were crisp as the confidence came flowing back. They were quicker, yet still accurate. Then, wonder of wonders, we started playing the ball behind the full-backs into the path of on-rushing wider players – usually our own full-backs.

Until then, the attacking contributions of Ben Davies and Enda Stevens had consisted largely of receiving the ball in front of defenders and then running at their opposite numbers.

Suddenly, there was a new dimension – as well as tempo – to Pompey’s play. It didn’t always work, of course, and as personnel were changed, there was often a step or two back before another stride forwards.

Confidence was still fragile, and on occasions when it was low, the apparent green light to hoof the ball upfield became a welcome release to many – though it did little for Pompey’s strategy and goalscoring opportunities.

But the move was in the right direction – something acknowledged by one or two of the players. It certainly revitalised Danny Hollands, one of the principal beneficiaries of the new-found freedom. It still wasn’t enough, though.

And maybe that was down to having to develop the playing system on the hoof rather than during that luxury of a pre-season that I referred to.

Maybe it was down to the disruption from injuries and the loss of Caolan Lavery when Sheffield Wednesday demanded his return with four months of the season still to go.

Whatever it was, I refused to be downhearted about its ultimate failure to pay the dividend on which Cook had staked his reputation. I was no longer bored at Fratton Park. I looked forward to attending once again. And the more glimpses of hope I saw for the future the less disappointed I was when setbacks, inevitably, occurred.

Not least in the 92nd minute of Pompey’s final game at Home Park last week.

One thought on “Failure Cook Still Right Man For Pompey”