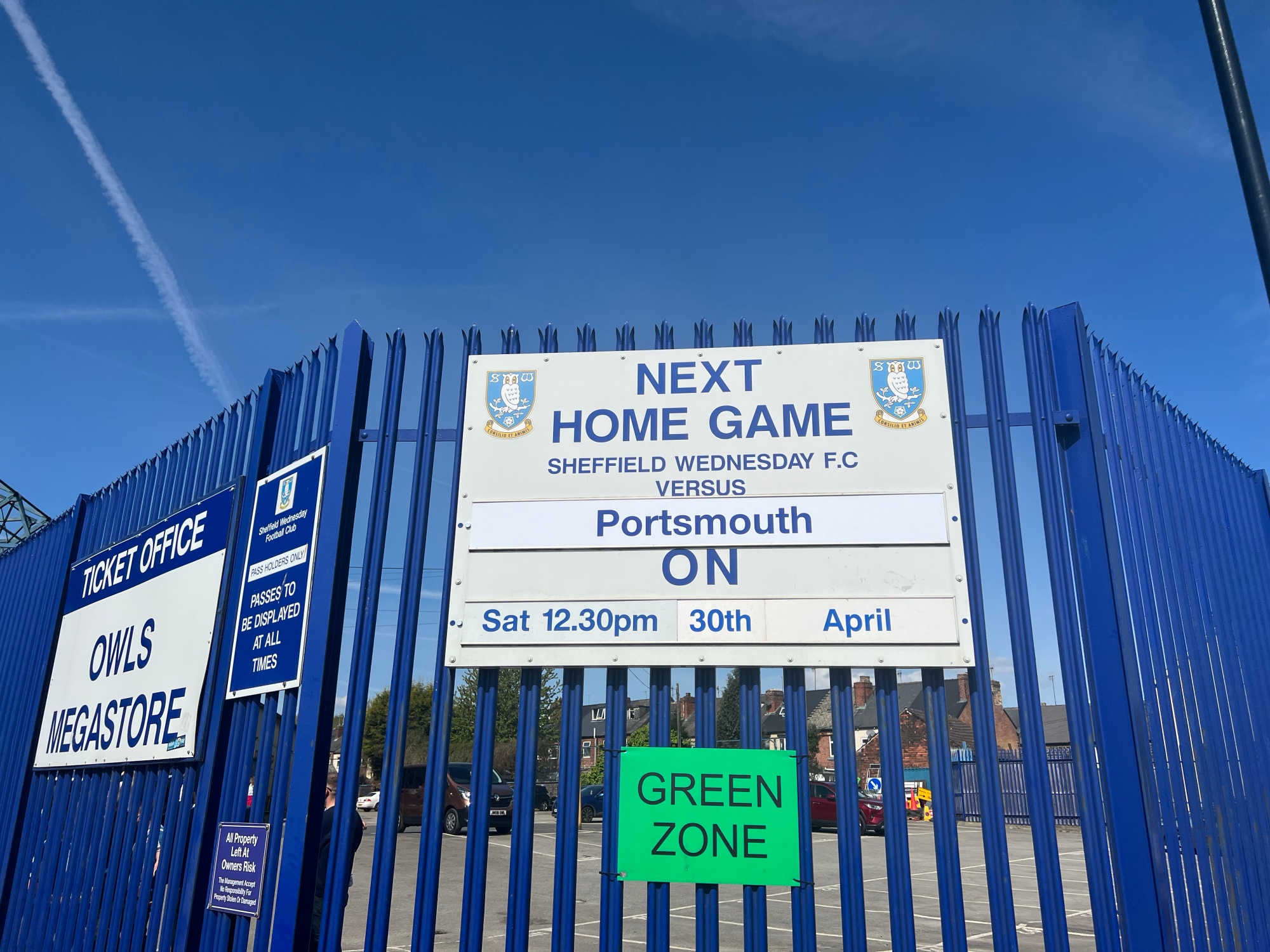 Fan Hub partner Off The Line looks ahead to Pompey’s visit to Sheffield Wednesday.

Sheffield Wednesday will be looking for one final push this weekend to secure them a play-off spot as they host Portsmouth.

Sheffield Wednesday were victorious in midweek against Fleetwood 3-2 in what was a perfect way to bounce back from defeat against play off rivals Wycombe. The Owls started the game excellently taking the lead through Lee Gregory and battered Fleetwood for the first 20 minutes.

However, they were punished for defensive mistakes and found themselves behind at half time. Some choice words at half time from Darren Moore helped with the Owls boss telling his players “to go and be heroes.”

In the second half Wednesday did well to stay patient and scored twice in the space of 48 seconds through Lee Gregory to go 3-2 up. Wednesday still needs a win to definitely finish in the playoffs and will be playing in front of a sold out crowd at Hillsborough. Fisayo Dele-Bashiru and Harlee Dean were out in midweek. Dean wasn’t fully fit and Moore admitted he wanted more days of training in while Dele-Bashiru was left out just because Wednesday’s squad is so big with lots of options. Wednesday were able to welcome Josh Windass back in midweek though and he could be key going into the playoffs.

Portsmouth shocked Wigan in midweek, coming back from 2-0 down at half-time to win 3-2 to deny their opponents automatic promotion. Pompey are unbeaten in five games winning four and have in form ex Sheffield Wednesday striker George Hirst has four goals in five games including a brace on Tuesday night.

They were poor in the first-half, giving Wigan two goals – one from struggling to play out the back – while the other was from lack of numbers defending a goal kick. Portsmouth bounced back though and as soon as Hirst got his first goal, Pompey’s confidence showed and there was only ever going to be one winner. The Cowley’s have had a streaky season and have been unable to find a settled formation, team and system to play. They have been strong throughout the season defensively for the most part, but have struggled going forward.

One to Watch: Lee Gregory – Sheffield Wednesday’s number 9 has seven goals in his last seven games including a hattrick in midweek. He’s been brilliant in recent weeks and now Josh Windass is back they could form an excellent partnership.

🗣Sean Raggett on signing a new 2-year deal: “I’m really pleased. I’ve been here for three years now and have loved playing for #Pompey in that time.
#Pompey complete the signing of ________
🙌 Congratulations to @alfiebridgman who has won a first call-up to #Malta under-19s
Can’t beat last day drama #Pompey