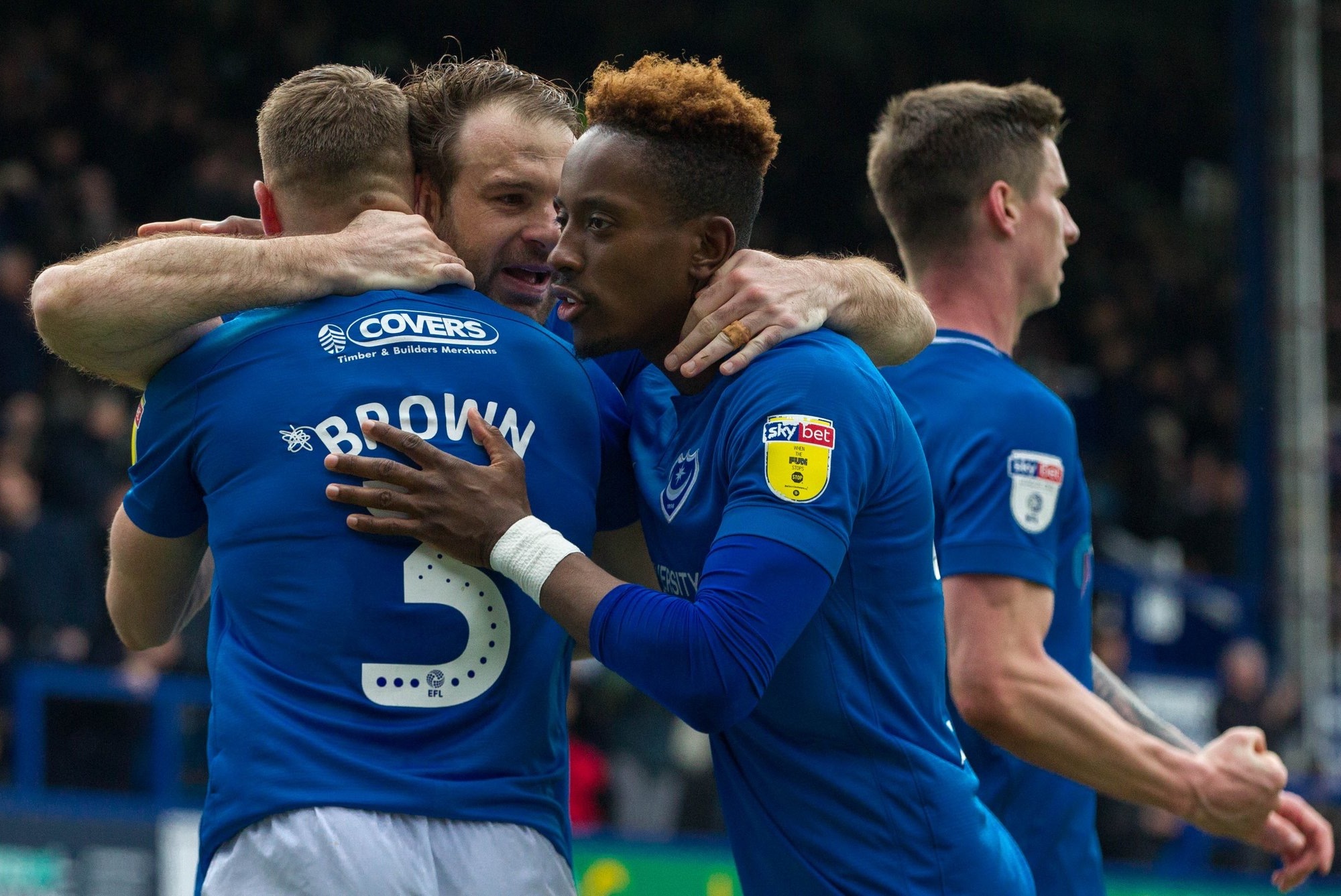 The convincing dismantling of Rochdale preserved Pompey’s strong hopes of a top two finish come May 4th. In recent weeks the Blues have been piling the pressure on the sides around them with five consecutive victories.

Results have been edging slowly but surely in the blues favour, with Sunderland and Luton both suffering thrilling defeats on Saturday, so are first and second place becoming more of a possibility?

All eyes will be on how Luton respond against Accrington next Saturday evening, a first defeat since October could impact their run-in, which also includes a tricky trip to Burton Albion.

Luton finished 2nd in League Two last year, after trailing champions Accrington for the majority of the season. It will be extremely interesting to see if they can deal with the pressure given the colossal sides gaining momentum below them.

Given Sunderland’s squad and the quality they boast, they have been far from convincing this season. A series of last gasp wins has maintained their position, however promotion winning sides tend to put weaker sides to the sword more convincingly than Sunderland do.

A massive aspect that must be noted in Sunderland’s case is the immense pressure on their squad to produce, which could be a hindrance in this tight run-in.

From a Pompey perspective, Kenny Jackett’s men seem to be rediscovering their fine early season form and playing some dynamic exciting football in the process. The build-up play before Nathan Thompson was fouled, (leading to the penalty) was some of the most fluent football we have seen this season.

Jackett seems to be rotating his squad effectively with Gareth Evans performing again after coming off a strong subs bench. It’s the perfect time to be producing this kind of form; along with Charlton we look a team to be feared at the moment.

It’s not out the question that the five teams competing for these two elusive spots will all have their ups and downs before the end of the season.

Overhauling Barnsley, Sunderland and Luton is a genuine possibility, however, if it does come to the lottery of the play-offs, surely avoiding Charlton over two legs is crucial, given they have beaten us twice this season and are clearly hitting a run of superb form in a timely manner.